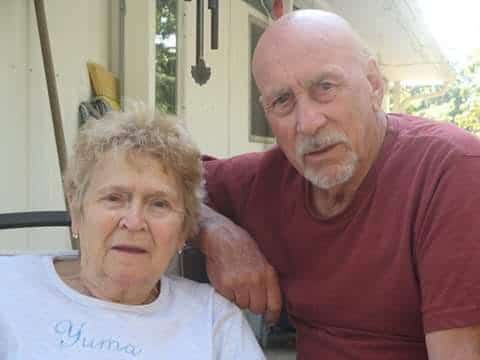 Jerry Cooper of Climax Springs, MO, son of Gerald Cooper and Lester (North) Hobson, was born June 14, 1939, lost his battle with pancreatic cancer Tuesday, April 16, 2019 in Kansas City, MO at Kansas City Hospice House at the age of 79.
On January 25, 1956 Jerry married the love of his life, June (Hanks), and to this union three children were born.
Jerry was preceded in death by his wife, June; his parents; and sister, Esther Dunnington.
He is survived by his children Mark Cooper of Sedalia, MO, Rhonda Zacharias and husband Joe of Independence, MO and Susan Spicer and husband Harvey of Fulton, KS; His grandchildren Jeremy Zacharias, Shawnna Jackson, Sarah Zacharias, Amanda Kincheloe and husband Brandon, and Hannah Spicer; 6 great-grandchildren, sister, Betty Mathis of Independence, MO, brother JL Cooper of Claycomo, MO and step-brother Greg Cooper of Bolivar, MO; as well as a host of nieces, nephews, family and friends.
He was proud to have served his country in the United States Army.  Jerry retired from Ford Motor Company (Claycomo) in 1996 after 30 years of service and returned to the Lake of the Ozarks where he was raised and considered home. To Jerry, the most important thing was family and friends.   Jerry was an avid and skilled poker player, racecar driver and fisherman. His nearly photographic memory made him a master at crossword puzzles and caretaker of the Cooper family history.
He had a rough exterior and a soft heart. He would give you the shirt off his back-and point out, in colorful and lively language-exactly how bone-headed you were to get yourself into such a predicament.
We will forever miss you but, thank God and cherish all our memories of you.
Jerry’s family wishes to thank the incredible staff of Kansas City Hospice House for the compassionate and professional care given to him and his family and friends during his time with them.
Memorial services are pending and will be announced at a later date.