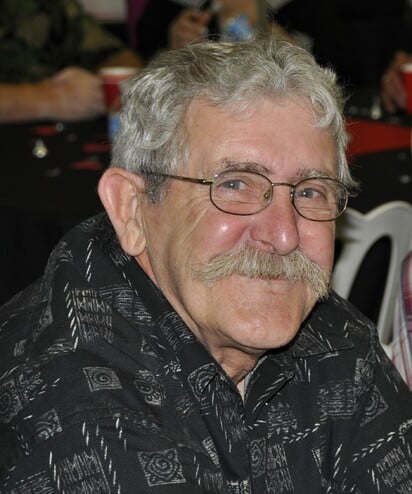 Jeryl Wayne Block, 79, of Raytown, MO left his earthly home on August 12, 2022 at the Sarah Cannon Cancer Center in Overland Park, KS. His loving wife of almost 53 years, Sharon, was at his side.

Jeryl was born in Aurora, MO, the second child and only son of Melvin and Lillie (Lynn) Block. He was an adventurous child and enjoyed scouting, earning the prestigious rank of Eagle Scout. He graduated from William Chrisman High School in 1961 and immediately enlisted in the Marines, serving as an MP in Hawaii. After leaving the military, he worked a few odd jobs before deciding to begin his career in the trades. He honed his skills as a drywall finisher and was a proud member of the Union Local for Painters and Allied Trades District Council #3 in Kansas City for many years.

Jeryl met the love of his life, Sharon Morris, at Victory Baptist Church in 1965 and they were joined in marriage December 13, 1969. Theirs was a true love story – they were in many ways an example of how opposites attract, but their faith in God, their love for their family, and love for each other bonded them together and never waned. Jeryl and Sharon spent many of the early years of their marriage in California, where their two daughters were born; Carrie April (who proceeded Jeryl in death) and Nancy Kay. They wound up back “home” in Raytown in 1984 where they have lived since.

Jeryl was quite a character – he always had a quick joke and a ready smile. He made friends everywhere he went. He was incredibly ornery, but also would be the first to offer help to anyone who needed it. He found joy in spending time with his family, “stinking it up” on the golf course, riding his Harley, and serving as the treasurer for the Local Union Retiree Club. Though he will be greatly missed by family and many friends, we take comfort in knowing Jeryl is now in the presence of our Lord – rejoicing in Heaven, cancer-free and no longer in pain. He is survived by his wife, Sharon Block of the home; his sister, Priscilla (Ron) Crank of Independence, MO; his daughter Nancy (Trigg) Wold and grandchildren, Aiden, Aunnika, and Addisen Wold (and granddog Fezzik) of Omaha, NE; and many beloved nieces, nephews, and cousins.

Services for Jeryl will be held on Friday, August 19th, at Heartland Cremation and Burial Society in Raytown, Mo. The visitation will be at 2pm, followed by the memorial service at 3pm. If anyone would like to do something in memory of Jeryl, in lieu of flowers, the family suggests that you donate to Saint Jude’s Children’s Hospital or Samaritan’s Purse, which were two charities that were dear to Jeryl’s heart.