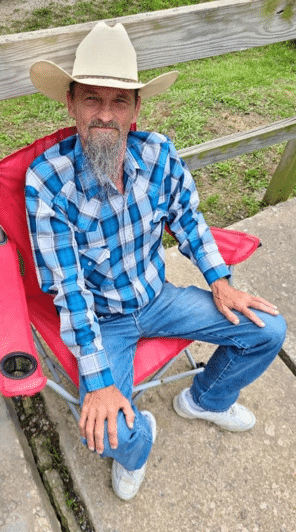 Jesse Louis Carney Jr., age 58, of Grandview, Missouri, passed away Sunday, November 14, 2021 at his home in Grandview, Missouri.
Jesse was born January 27, 1963 in San Diego, California, to parents Jessie and Evelyn Carney. Jesse was raised within a military family lifestyle. He spent most of his childhood in California and Texas before settling in Missouri. Jesse had many jobs including restaurant management and working on offshore oil rigs. But home maintenance is where he found his calling. He was proud when he could fix something and know it was a job well done. Jesse enjoyed fishing with his daughter and playing online games, including his favorite, World Of Warcraft. He loved his neighborhood and had many close and loving friends and family that he loved to visit.

If you would like to send flowers please send them to Heartland Cremation and Burial Society Funeral Home the day of the service, Saturday, November 20th, 2021. As early as 8:30 AM

Memorial contributions may be directed to the American Lung Association. https://action.lung.org/site/Donation2?df_id=31272&mfc_pref=T&31272.donation=form