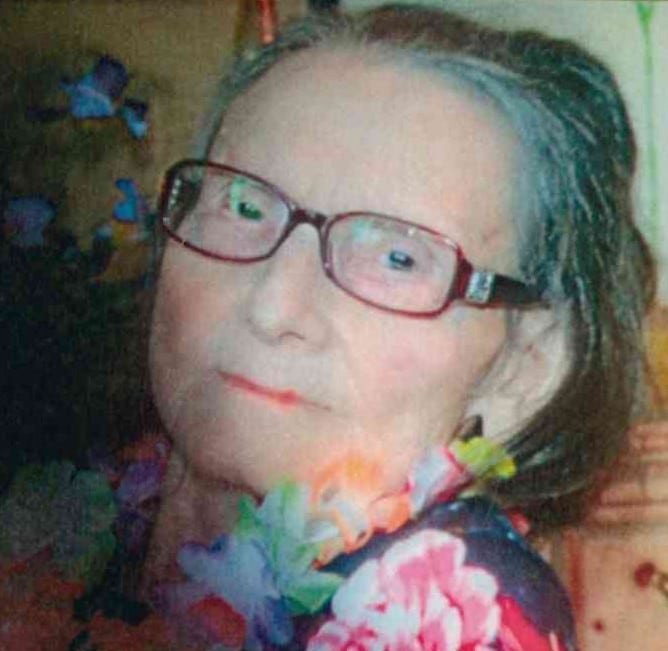 Jewell Lena Rothgeb Henry was aptly named.  Everyone who met her and knew her felt she was, indeed, a jewel.

One of 6 children, the eldest daughter, she grew up caring for siblings.  She, her elder brothersAllen Foster and Ivan Rothgeb all worked to help with family finances.  It was the Depression and money was scarce.  When she was still in high school, she worked her way through, living with a family in town as the family farm was too far out for her to get into town daily.  She saved money for school and to help her younger siblings.  When she graduated from high school, she had a teaching certificate and taught for two years, again saving money for school.

She attended Central Missouri State Teacher’s College for two years, then taught again to earn money for more classes.   During the war, she worked at Lake City, testing guns, but went back to her true love, teaching, at the first opportunity.  She taught for almost 50 years of her life, primarily in the lower grades, but had her initiation in the one room schoolhouses prevalent in the country where there were multiple grades.  Her longest teaching experience was in Harford County Schools, Maryland, where she taught from 1966 to 1980.  Throughout the years, students wrote her, remembering their 3rd grade teacher, Mrs. Henry, who was “tough, but loving”.

An adventurer all her life, she moved to North Carolina just after the war with Smoky Mountain Tours.  She met her husband, Arthur Francis Henry in Asheville, NC, and they were married on June 5, 1946.   They had one daughter, an only child the following year.

Arthur was in the Army, and made his career with the military, which provided further adventures in travel.  They moved twice to Japan where they met and cherished extended family.  Travels from North Carolina to Missouri, Maryland, New York, California, Japan and France made Jewell a gypsy her entire adult life.

Throughout her life, Jewell gave generously – to her church, family, friends and complete strangers in need.  She jumped on planes at the drop of a hat to care for extended family members during crises with accidents, illness and cancer.   Always curious, when she was 70 and retired from teaching, she went to work for the IRS to learn about computers.  She worked with them until she was 80, and only retired then to care for a cousin with cancer.

After her “retirement”, she volunteered at nursing homes “pushing the old people to activities” (she and her sister Mayota, both in their 80’s at the time, called people some 15-20 years their junior “the old people”), baked, cooked and travelled to help care for a dear friend after surgery.  Her laughter was infectious, her support of anyone in need unending and her love for her family as deep as the sea.

It was only in her final years that Alzheimer’s took her memory – but, uniquely, never her personality.  She kept her wit and charm, drawing caregivers and visitors alike to her like bees to honey.  She loved children, and even as she became less verbal, would pat her lap when a child was nearby, longing to hold little ones as she had done all her life.

A woman of great faith, she trusted in God with all her heart.  He took her so quietly and gently that we never felt her last breath.  She died surrounded by love, held by her daughter, her sole surviving relative and hearing the sound of happy laughter as she moved straight to the arms of Jesus.