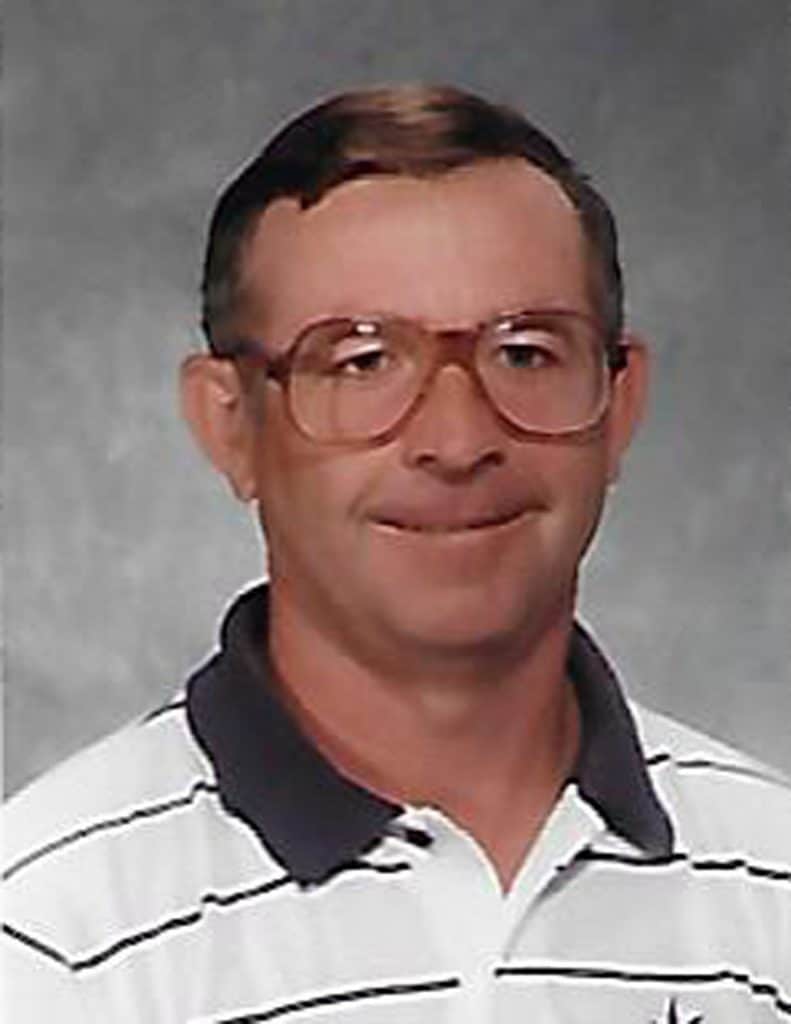 Jim was born in Marshall, MO to Robert and Dorothy LaRue. He is survived by his wife of 43 years, Sharon, children Scott and Katie, mother Dorothy and sister Jeanne. He graduated from Marshall High School earning varsity letters in football, basketball, and tennis all three years. He then attended the University of Central Missouri where he played varsity tennis for 4 years and graduated with a Masters Degree in Physical Education.
In 1972, Jim would move to Kirksville and become the offensive coordinator for the Tiger football team; he would also teach elementary physical education. Jim taught in Kirksville for 15 years. After giving up coaching football, he began coaching the boys’ and girls’ tennis programs. He won the first state championship EVER at Kirksville with the 1984 boys’ tennis team. He would go on to run hundreds of tennis tournaments.
He moved to Columbia and started Tiger Air Express, the first shuttle service to Kansas City and St. Louis. In 1988 he became the head coach of the University of Missouri tennis program. He also coached at Lincoln University and Stephens College. He was Director of the Missouri State High School Activities Association tennis tournament for 35 years. He received their highest honor, the MSHSAA Distinguished Service Award. He designed the team portion of the tournament and was instrumental in bringing in USTA certified referees. He became a USTA referee and worked at college and professional levels. He enjoyed being yelled at by John McEnroe and being questioned by Martina Navaratilova.
Several businesses were also part of his life, including Four Seasons Sports, Boone County Recreation Management, Itchy’s Antique Mall, The Market Place, The Ice Chalet Antique Mall and LaRue Farms.
If you wish to honor Jim’s memory please do so by doing something “fun.” Sports, of course; play tennis, golf, or go skiing. Go on a float trip or road trip out west. Drink a Rolling Rock or gin and tonic (it doesn’t have to be out of a tennis ball can). Listen to some oldies and play music trivia. Take your husky for a run or let him pull you on your skis. Volunteer with Special Olympics. He would often ask his players, “Are you having fun?” So do something fun and think of Jim.