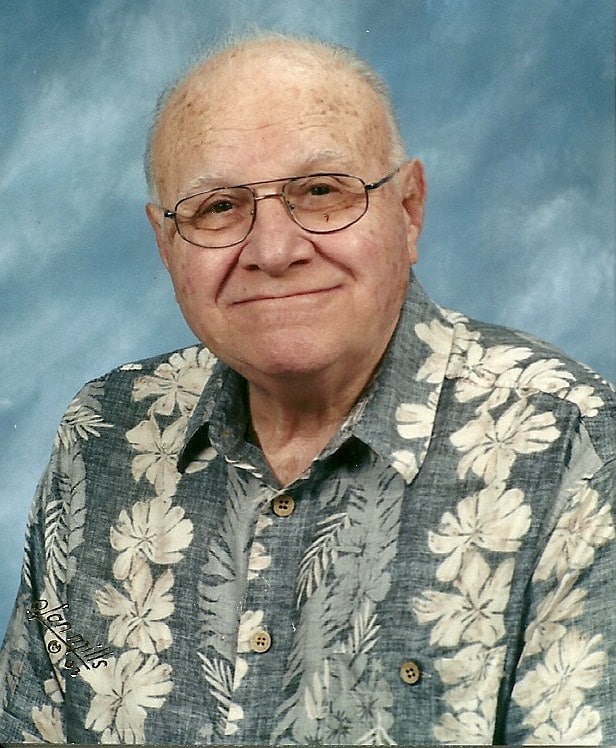 Jim Priolo, the third of nine children, died May 24 at the age of 88 in Kansas City, Missouri. From the beginning of his long life, Jim had been a cherished son and brother, then beloved husband, father, grandfather, and uncle. While his loss is greatly mourned, he will be lovingly remembered and kept in the hearts of all.

Jim lived his life with kindness, humor, a zest for life, love of family, and an unwavering faith in God. He was a young member of the United States Marine Corp at the close of World War II, having followed his two older brothers into military service. He entered school on the GI Bill and then returned to his birthplace in Amarillo, Texas, where he opened a plumbing shop, eventually becoming one of the youngest master plumbers of the time.  After returning to the Kansas City area, he worked as a master plumber and was a member of the Plumbers & Gas Fitters Local No. 8 for many years.  In addition, he married, became a father and grandfather, and lived a full and joyful life.  Jim had a passion for big band, bee-bop, and jazz music which he shared with his son, Jim, Jr.

Jim is preceded in death by his wife Ann and their son Jim Jr.; wife Kathy and her son Melbourne (Buff) Harris and daughter Cindy Avants; stepchildren Darlene Salazar, Dale Dalton, and Judy Reyes; and his brothers Frank, Roy, Charles, Louis, and Toby.

Jim was a longtime member of Our Lady of Lourdes Catholic Church in Raytown, MO.