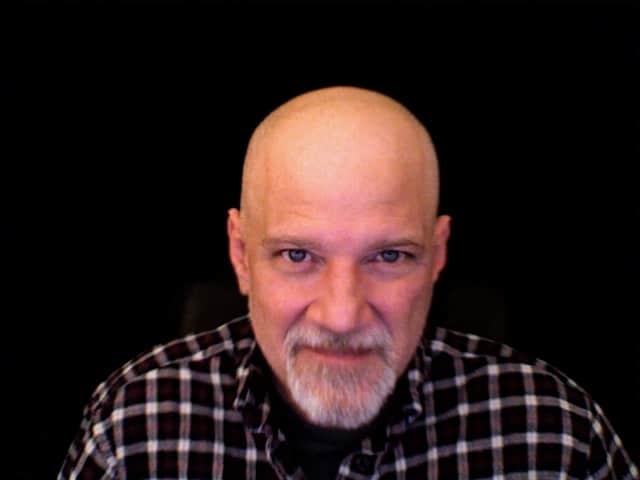 Jimmie has lived in Raytown for the past 16 years and always lived in the KCMO area his entire life.  He is preceded in death by: his mother , Ann (Spinello) Priolo; sister, Darlene Salazar and brother, Dale Dalton.  Survivors include: wife, Renee VanZandt – Priolo; son, Michael P. Priolo of Kansas City and sister, Judy Reyes.

Jimmie played with various bands in the KC area for more than 40 years and joined his first band in his teens.  He had a true appreciation for all music genres but he was most passionate about funk jazz, traditional jazz and in more recent years, Gypsy Swing.  Jim played bass guitar for many bands around town which included: The Amelia Earhart Memorial Flying Band, Appletree, Spare Change, Nervous Rex, Interface, The House Cats, Charlie and the Stingrays and most recently, Neon Blue.

Jimmie’s accomplishments include two self-published CD’s – Man on His Back and Images of 39th Street.  His also self-published a sci-fi novel entitled, The Journal of Renaldo Salazar.

Jim was also known for being a savvy baseball card and collectibles dealer and maintained a small baseball card shop for a short time.

Jimmie was a passionate man.  If he took an interest in any subject matter, he soon became an expert.  He was a life long baseball fan and knew the game inside out.  In recent years, Jim had taken on the project of visiting every major and minor league park in the country and shortly before his death, he had just made a trip to Arizona to see the Diamondbacks and Giants.  Jim had only seven major league parks to check off his list.  Jim always thought baseball was a microcosm of life and always reflected the here and now.

Jimmie was known for his wit, creativity, his ability to make almost anyone laugh, intelligence, and passion for always searching for the truth.  He lived life on his terms and even though he was little man, he had a huge spirit and loved life.  He loved his family and had many lifelong friends.  His humor and his passion will be missed by all who knew him.

In lieu of flowers, contributions can be made to:

RBI: Reviving Baseball in Inner Cities which is affiliated with the Boys and Girls Club of America.