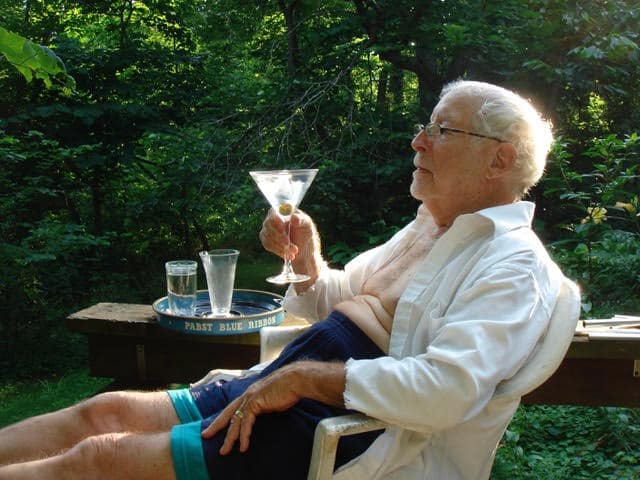 John Benjamin Leake completed the last stage of his earthly life on November 14, 2022.

John held a lifelong fascination with science.  He ended his career as a professor of science education at the University of Missouri and Wright State University.

He is preceded in death by his parents, Harold and Dorothy; his wife, Bonnie and his sister, Marcelotte.  John is survived by his children, Devin (Robin), Joel (Michelle), Jon (Allison), Mike, Mary (Jeff), Don (Ann), and Melissa; nine grandchildren; and three great grandchildren.

John was born on February 10, 1923 on the family farm near Crane, MO.  After graduating from the University of Oklahoma, John served in the Navy during the second world war.  He furthered his education at Washington University and Oklahoma State University, where he received his doctoral degree in 1966.  He will be remembered by his family for our “family projects”, creek activities, science experiments, trips to Thailand, Martinis and his joy of life.

He was loved and will be missed.