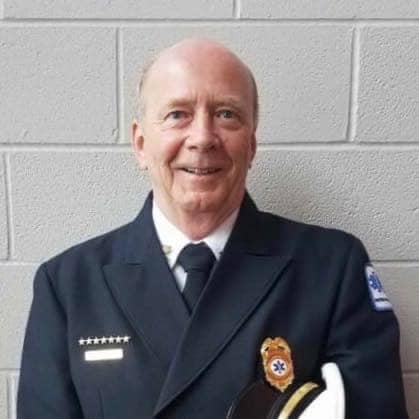 John Howard Claxton was born on June 28th, 1955 to the union of William M. Claxton and Cleo “Bunny” Claxton (Sparks) in Kansas City, Kansas. He grew up in Lake of the Forest and had been a lifelong resident of Bonner Springs until his death on February 17th, 2022, at age 66. He is preceded in death by two of his brothers, Charles (Chuck) Claxton, William (Bill) Banks Claxton, his parents, and his spouse of 41 years, Margie R. Claxton (Trickett). He is survived by his sister Jennifer Claxton Olson (Eric), his brother Mark Claxton, as well as his daughter Kelly Claxton, his son Eric Claxton, his granddaughter Emma VanBrocklin Claxton, brother-in-law John Trickett, niece Emily Loeb of Tokyo, Japan; and David Loeb of Indianapolis, IN; niece Julia Claxton of Boulder, CO, cousin Mary Lee Wynne Johnson of Austin,Texas, nephew Scott Nesselhuf of Leavenworth,KS, niece Kristi Taylor of Kearney,MO, nephew Brian Trickett of Bonner Springs, KS, and his beloved dog, Snickers.

John attended Bonner Springs High School, where he met his high school sweetheart and got married to Margie on his 19th birthday in 1974, so he would never forget his anniversary! John was an excellent athlete and after nearly 50 years, still holds the BHS pole vaulting record! You can find his name still up on the records board in the BSHS gym for pole vaulting at 13 ft 6.5 inches.After high school, John dedicated his entire life to helping his community in every way he could. He was a lifetime member of St. Martin in the Field Episcopal Church, as he served on the vestry as well as the senior warden, sharing his time and talents in remodeling and expanding the church with a new addition, doubling the capacity. He helped many people throughout the Bonner Springs and Edwardsville area the years, repairing their heating and cooling systems, as he owned his own business for about 15 years. He began volunteering for Bonner Springs EMS in 1980. He became Chief of EMS in 1993. John led the city to transform the volunteer service into a 24/7 EMS Advanced Life Support, Level 1 to provide the most advanced level of pre-hospital care. He retired as the EMS director and Chief in 2017 after 37 years of saving lives. After retirement, John worked security for Sporting Kansas City, as well as serving on the Bonner Springs/Edwardsville Education Foundation. In 2019, he was also elected into the USD 204 Board of Education.

When John wasn’t working, he still kept himself very busy. The 4th of July was his favorite holiday. He had no fear lighting hundreds of firecrackers, smoke bombs, or even blowing up a few microwaves here and there. John loved remodeling homes, traveling, riding motorcycles, flying his drones, going to concerts, Peanut M&M’s and of course, spoiling his granddaughter. Friends knew they could call him at any time of the day or night and he’d be right over to help. The last act on this earth was to help his friends and neighbors after a snowstorm, which sums up his life.

Although he is not with us anymore, he will always be in our hearts. Anywhere you look, you can find some way he touched people’s lives and helped better our community. Every time you help someone shovel their driveway, give someone advice, set off a firework, or simply try to make someone’s day better, John lives on in all of us.

Friends, family, and others whose lives have been touched by John Claxton are invited to his memorial. It will be held on Sunday February 27th at 5:00 PM at the Bonner Springs District PE Center (next door the high school) 100 McDanield St. Bonner Springs, KS to reminisce, share stories, and honor a strong, extraordinary man.