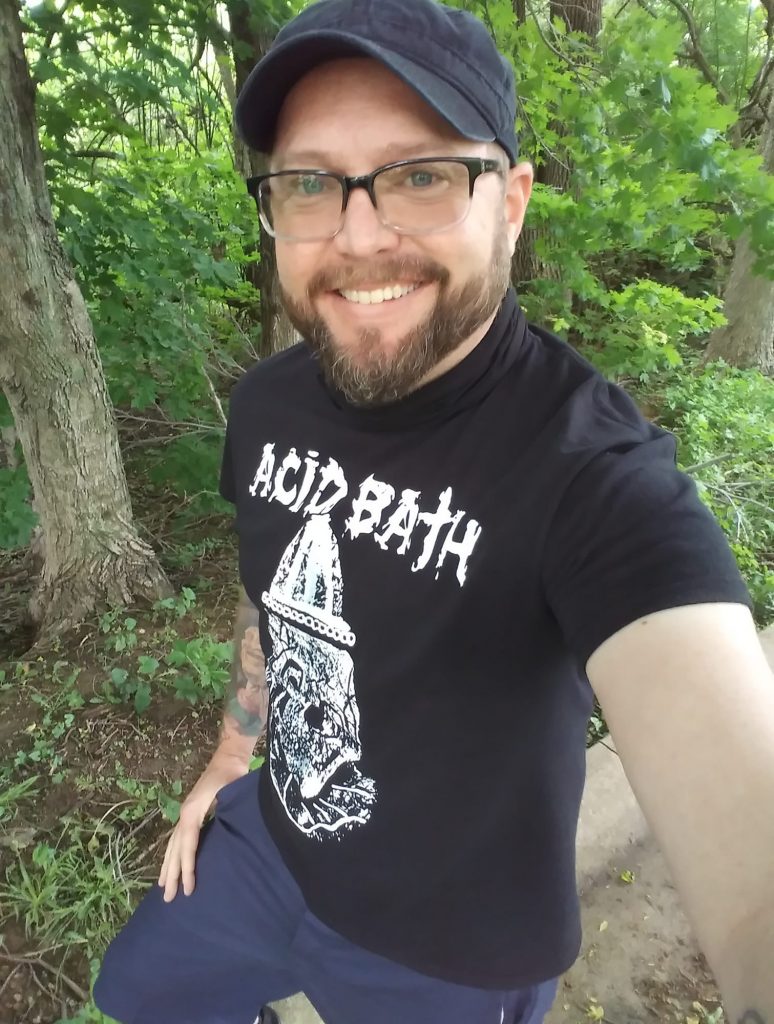 It is with substantial sorrow that the family of John “Johnny” Alvin Sanders III announces his passing on June 22nd, 2021, at the age of 39.

He was born on May 30th, 1982, the epitome of a Gemini. Johnny was born to Susan Blansett and John Alvin Sanders II in Granite City, Illinois. Johnny spent several years in Illinois and then moved to Umatilla, Florida where he grew up. Johnny moved with his mother to Oklahoma in 2000 and graduated that year from Putnam High North in Oklahoma City. Johnny also spent time living in Texas and lived in Missouri when he passed away.

Johnny taught himself to play the guitar, the bass and the drums. He loved listening to music and playing music by himself and with others. His passion led him to record a demo album when he was only 18.

As a young child of 3 Johnny remembered watching his 1st horror movie which started a love affair with films particularly in the horror genre. Over the years Johnny hosted and co-hosted podcasts including: Krueger Nation Horror Reviews, Cinema Corpse, Cadaver Lab, Cadaver Indies, and Short Bus Cinema. It wasn’t just his shows that that kept family, friends and fans returning for more. Johnny was an entertainer in his every day life. He made people laugh with witty jokes and online posts and he kept people guessing what t-shirt he was going to buy and wear next.

Johnny was kind and generous and had a positive impact on many around the world. He loved connecting with others about movies and music. He also loves animals and reptiles, but mostly he adored cats. Even after his death Johnny showed his caring and giving spirit by saving the lives of 4 people through the gift of organ donation.

Johnny will be lovingly remembered by his wife, Stephanie Davis, his Mother, Susan Blansett, his Father, John Sanders II, his sister, Melissa Burkett, his grandmother, Barbara Jean Cleaton, his grandfather, John Sanders I, his mother-in-law, Linda Davis, many aunts, uncles, cousins, nieces and a nephew.