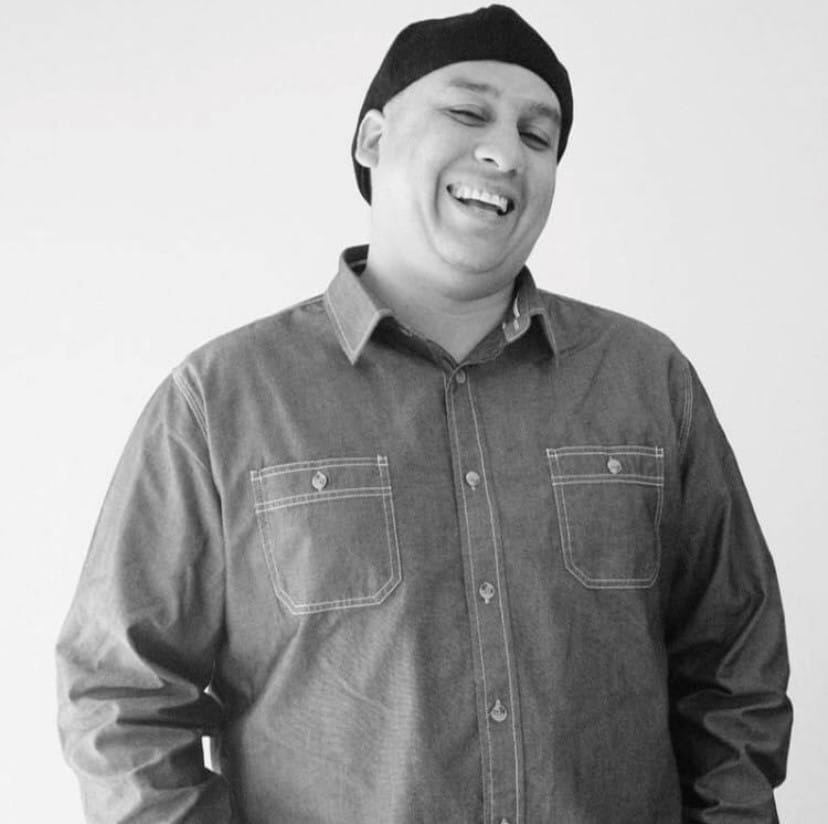 John Manuel Lopez, Jr., 47, of Kansas City, Missouri, passed away peacefully, with his wife and daughters by his side on June 6, 2021.

Johnny was born July 12, 1973, to Stacy Honoré and John Lopez, Sr. in Los Angeles, California. Johnny was one of the chosen few who knew as a small child that he wanted to protect and serve. He started that journey when he joined the United States Marine Corps Reserve. He credits his drill sergeants for making him a great listener, transforming him into the man he became, and preparing him to raise two daughters. He would often share with friends and family that there is no better way to get your life on track than to join the military. After boot camp, Johnny applied to several police academies. He was hopeful of remaining in Las Vegas, Nevada, with his grandparents. Still, when he was offered a placement at the Kansas City Police Department, he jumped on the opportunity because he loved the Kansas City Chiefs. We are grateful that the KCPD brought him to the place he called home. Johnny met the love of his life, JoAnn, in 2000, and they were married in 2002 and began to build a home filled with endless love and laughter. His life changed in unbelievably exciting ways with the birth of his daughters Katalina in 2003 and Maria in 2005.

Johnny loved being a husband, but it was the honor of becoming a dad that made his heart soar. Johnny worked tirelessly to make sure that his daughters felt his love and that his ears and heart were always open. He loved to listen to everything they had to say and would make sure he was present in their lives each day. His favorite time of day was dinner, when he could sit down at the table with his family and get the daily scoop. Anything that his daughters or their friends wanted to share, he wanted to listen to. He would listen patiently, and sometimes he would offer advice, and other times he would smile. There wasn’t anything Johnny wouldn’t do to make his daughters smile, and he was always encouraging them to want more out of life. In turn, his daughters filled his heart to the brim. They could make him laugh until he cried and channel his military training all within the span of ten seconds, which always ended in even more laughter. Johnny instilled so many life lessons in his daughters, but the greatest and most important of them all was honesty. Katalina and Maria, your dad was proud of his many accomplishments, proud of his many relationships, proud of the change he was able to make in this world. Still, his greatest accomplishment and his greatest pride has always been you two. The unconditional love he felt for you both will be what carries you the rest of your life.

Johnny was appointed to the Kansas City Missouri Police Department on December 19, 1999. Johnny served the City of Kansas City as a Patrol Officer for 21 years and 5 months and there was nowhere else he wanted to be. He worked hard every day to be responsible and accountable to our community. He was honored to stand with his brothers and sisters in blue and hold the line. Johnny’s sudden departure was felt by many, and he would want you always to remember that although you cannot physically see him, he is right there with you.

Johnny’s friendships over the years are endless, and there are just too many to list, but you know who you are and what you meant to him (especially Lindy). From the DJ community to his gaming group, he would want you to keep on doing your thing and live your life to the fullest.

To his nieces (Megan and Natalia), nephews (Calvin, Ashton and Ricky), and godsons (Brandon and Nicholas), he wants you to continue becoming the amazing people he knew you would be, and always do that with a smile and a little chuckle.

Johnny was preceded in death by his father, John Lopez, Sr., his grandfather Morel Honoré, and his mother-in-law Mary Tracy.  Survivors include his wife, JoAnn Lopez, his daughters Katalina Lopez and Maria Lopez, his mother Stacy Honoré, his stepmother Daisy Lopez, his sisters Tiffany Seibold and Gabriela Lopez, his grandmother “Me Mother” Yolanda Honoré, his cousins (who were like brothers to him) and aunts and uncles (who he loved dearly) in Nevada, and California,  his father-in-law Rick Tracy and his brothers-in-law, Rickie, Carl (Janet) and Paul (Christine) Tracy.

A Celebration of Life Ceremony will be held at 7 p.m. on Friday, June 18, 2021, at English Landing Park in Parkville, Missouri. Johnny will be honored for his services to the United States Marine Corps and honored for his creditable service to the Kansas City Missouri Police Department.

For everyone else reading this, we know that Johnny would want you to live a life that you can be proud of, a life with people in it you love unconditionally, a life with honesty, integrity, and hard work at its core, a life where you work hard and then play hard.

A memorial account for John’s daughters is being set up with the Kansas City Public Safety Credit Union. Monetary donations can be through them in memory of John Lopez.

Any cards, flowers or plants can be sent to North Patrol c/o Major Joel Lovelady to be hand delivered to the family.