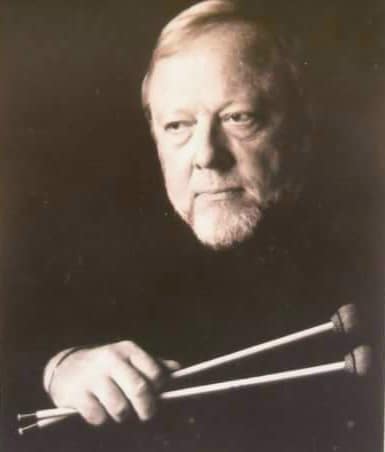 Johnny began showing talent as a percussionist as early as age 5. Leo and Birdie fostered this talent and Johnny began playing professionally as an early teenager. He was the back-up percussionist for the Ozark Jubilee, had his own Dixieland Jazz ban, and was a member of a jazz band with many of his mentors.

Johnny graduated from Parkview High school in 1961. He served in the USMC before attendingand graduating from Wichita State University in 1967. He was a percussion major earning a degree in Music Education. His 4 years at Wichita, with dear friends, were some of his most cherished. He went on to proudly serve his country in the USAF, including a tour in Vietnam, as an Armed Forces Courier. Upon returning, he earned his Masters in Counseling from Central Missouri State University. Johnny married Lolita Gayle Kumbier in 1972 and they welcomed daughter, Kaia Dawn, in November 1974. Johnny also became proud bonus Dad of Jamie, Mark, and Janna. Although they divorced, Gayle and Johnny became close later in life and enjoyed one another’s friendship until Gayle’s death in 2009. Johnny enjoyed years teaching band and choral music, playing in the Springfield Symphony, working as a chemical dependency and Reality Therapy Certified counselor, playing in rock and folk bands, and volunteering at his church, The Guthrie Center, in Great Barrington, MA.

Johnny’s greatest joy in life came from being a Dad, bonus Dad, bonus granddad/greatgranddad, and dear friend. He lived his life by the philosophy that love is most important. He loved with his whole heart and gave freely of himself to care for all.