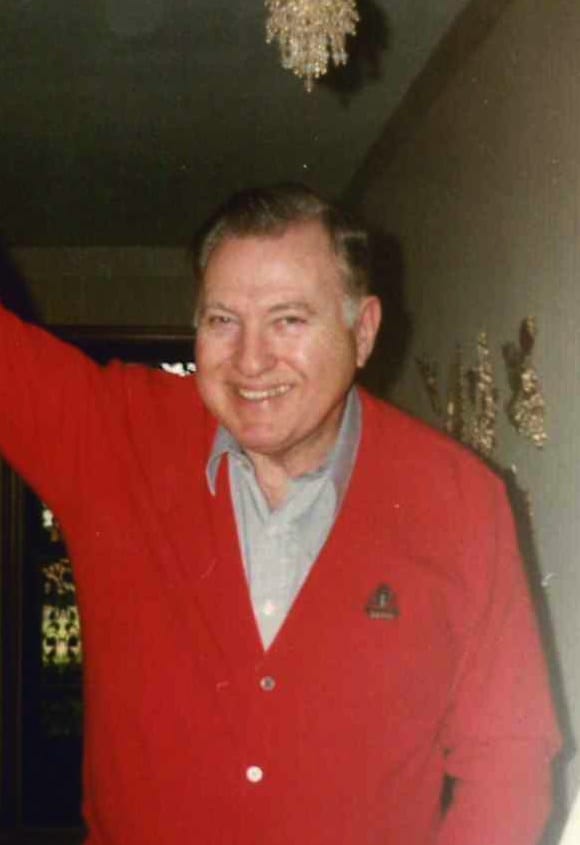 John Joseph ‘Jack’ Studer, 87, passed away on August 30, 2015 following a courageous, 20 year battle with Parkinson’s Disease.  Jack was born on July 6, 1928 in Kansas City.  He graduated from Central High School in 1947 and attended Kansas City Junior College for one year.  He completed a machinist apprenticeship at S&S Machine Company and worked atMidWest Conveyor and Schore Brothers until 1955 when he started Aalco Machine Tool Company.

In 1960, Jack began a 46 year career selling machine tools and fabrication equipment.   He was Vice President of NuetzelMachinery for 18 years and Bossert Company for 13 years.  He owned and operated his own company, Studer Machinery, from 1991 until 2006.

Jack served 32 years in the US Naval Reserve attaining the rank of CWO-4, Engineering Technician.  He was a 32 Degree Mason, member of the East Gate Lodge for over 60 years, the Scottish Rite and ARARAT temple.  Jack was raised as a Presbyterian and participated in the Catholic Church for over 40 years.

Jack was predeceased by his wife, Josephine Studer, in 2012, his parents, two sisters, and many other friends and family.  He is survived by his daughter, Julie Kozlowski, and son-in-law, John, and his sister-in-laws, Patricia Whitley and Clara Gillespie.  Jack is also survived by all of his caregivers who became part of our extended family.  They treated Jack with dignity during the last few years of his life.  Their love and dedication allowed us to keep Jack at home during his extended illness to which we are very grateful.

Visitation services will be from 530 to 7pm on Wednesday, September 2 followed by a Prayer Service at 7pm at Heartland Cremation, 6113 Blue Ridge Blvd, Kansas City, MO  64133.  Cremation will follow.  To honor Jack’s years of military service and love of his Country, please wear patriotic colors to the service.

Jack was a talented individual who could build or fix anything.  He was a generous and kind man with a strong faith in God who led by example.  Jack believed that everyone was the ‘Master of their Own Destiny’ and was a mentor to many.  He will be dearly missed.