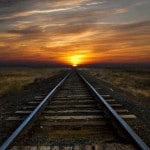 John Robert Breedlove, Jr., 57, of Hallsville, died April 4th, 2014 after succumbing to a prolonged fight with cancer. Cremation has taken place and no services will be held.  John was a mechanic, a copper splicer, and a jack of all trades but mainly he was a father who is loved and missed.  He is survived by his two sons Scott and Michael Breedlove and two grandchildren Tessa Elizabeth and Selena Rose. He is also survived by five sisters Mary, Betty, Shirley, Cathy, and Winona.  He was predeceased by both parents John and Lilly Breedlove and a granddaughter Willow Paige Breedlove.