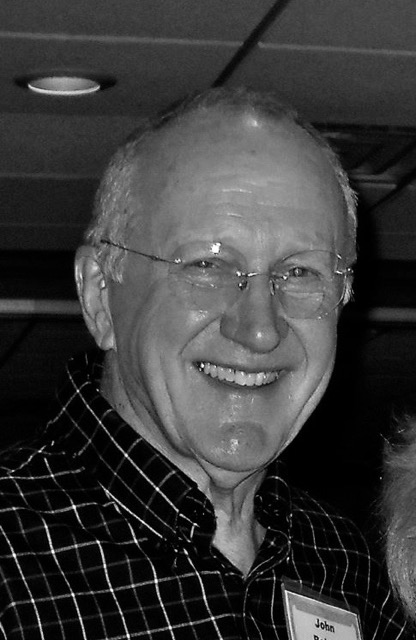 John W. Belger II passed away on December 26, 2016 at the age of 79. John was a man of simple pleasures; family, community, hard work, and personal accomplishments were his top priorities.

Growing up on the family acreage near Raytown, Missouri he learned to “leave things better than he found them.” He passed this idea on to his children and grandchildren, by example, and the legacy continues.

John’s grandfather, Richard Belger, began Belger Cartage Service in 1919. Under the direction of several generations of Belgers, the company has provided quality service in Kansas City and the region for 98 years. John started working as a youngster and made it his life’s career. Additionally, he served as an officer in several industry organizations.

After retirement, John worked with Ernest Callaway as a carpenter’s apprentice. He used these newly acquired skills to serve his community. He enlisted the help of friends to complete several renovation projects at the Raytown Historical Museum.

John met his future wife, Charlotte Rhoads, in the 7th grade. Together they attended Raytown High School, Missouri University and were married in 1957. This was a wonderful partnership that lasted two weeks short of 60 years.

Private family service.
“Celebration of John’s Life” is planned for a later date.