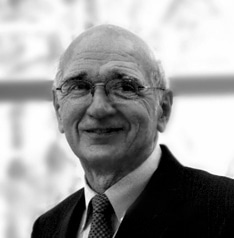 Joseph Giangiacomo, M.D., age 71, of Columbia entered into eternal paradise Tuesday, March 12, 2013 at home surrounded by his family.  A funeral mass will be held at 11:00 a.m. Saturday, March 23, 2013 at Our Lady of Lourdes Catholic Church in Columbia, Missouri.  His interment will be later this summer in his birthplace.

Joseph’s passion for medicine was only surpassed by his love for his family.  He is survived by Beverly, his devoted wife of 43 years, his forever grateful children Bart (Lisa), Amy (Allen), Annette, Damian (Carolyn) and Brett (Faye), his adoring grandchildren Josephine Giangiacomo, Luciano Giangiacomo Hendricks, and Deborah, Swezen and Erica Kizito, his cherished fratelli Anthony and Donald, and his beloved aunt Mary (Giangiacomo) Finn.  He was predeceased by his uncles John, Father Tosello, and William and aunt Florence.

“Our plans are not God’s plans and accepting the journey comes with time and faith.” – J.G.