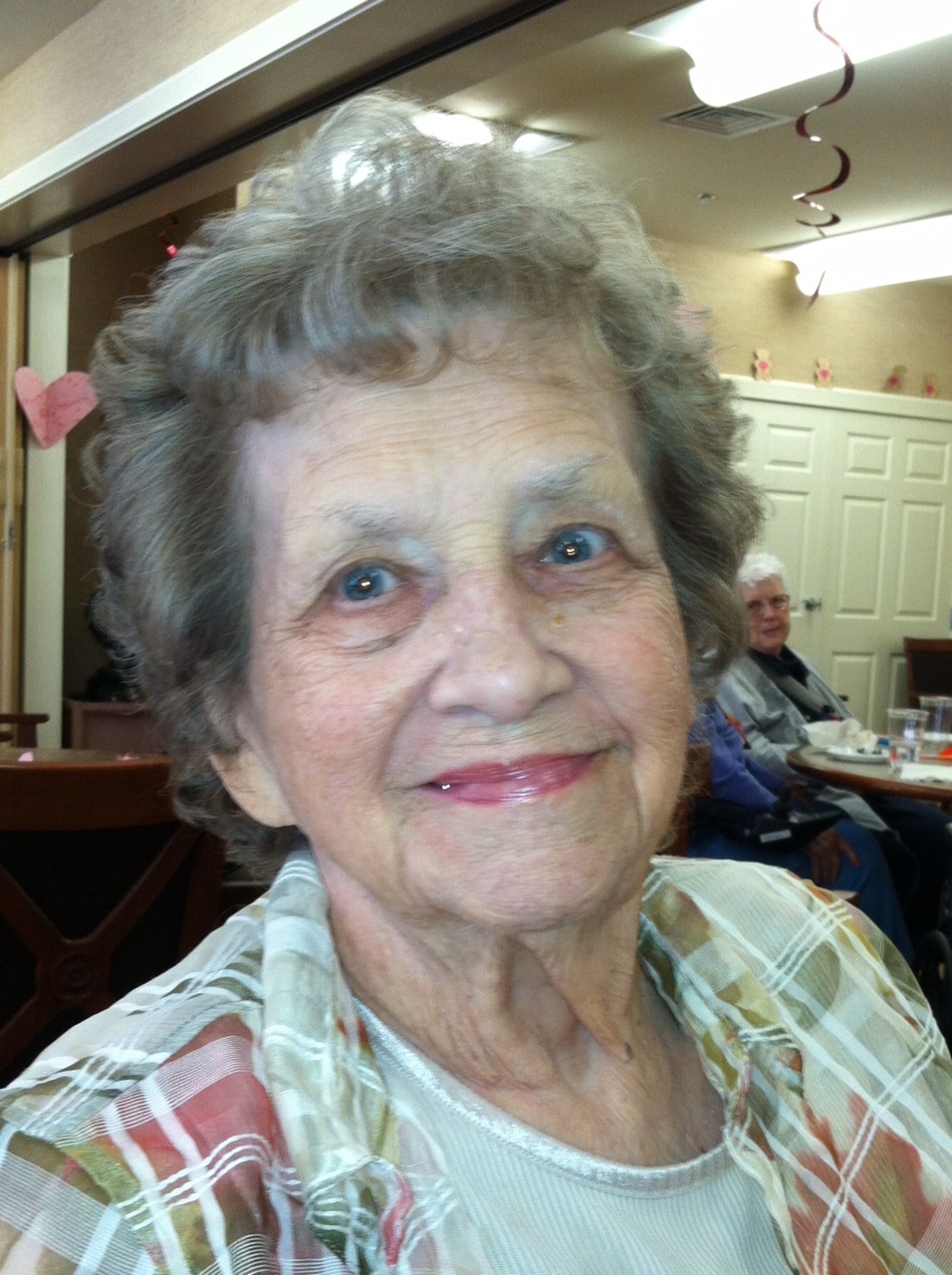 June M. Duese, also affectionately known as Mor-Mor, 88, of Columbia, MO passed on to her heavenly home on Wednesday, October 30, 2013 at University Hospital.  Mrs. Duese was a long time resident of Illinois  but moved to Columbia in 1993 to be near family.

She was born in Chicago on June 9, 1925 to Henri and Alice Elmlund.  She started her professional working career as a telephone operator for Illinois Bell Telephone (AT&T) following her graduation from high school. She advanced in her career as an executive secretary and retired from Kraft Foods.  She was preceded in death by her parents, her sister and the love of her life, husband, Bill Duese.  Mrs. Duese is survived by her three daughters: Kristine Schnarr (Mark) of Columbia; Karin Rooney  (Tim) of Columbia; and Sandy Welch (George) of Hartford, Wisconsin.  She is also survived by four grandchildren: Brian Rooney (Mary) of Kansas City, MO; Joe Rooney (Jeni) of Lee’s Summit , MO; Alison Rooney (Nick Ruble) of Lee’s Summit, MO; and Matthew Schnarr of Washington, D.C.  Her family meant the world to her; she loved them beyond measure and told them so every chance she could.  She will be terribly missed, but her legacy of love and devotion will always be in the hearts of those who knew her.

She was a generous person who supported numerous charities and even though Mrs. Duese loved flowers (especially roses) she would be pleased if, in lieu of flowers, donations were made to the charity of your choice.  Her family would also like to recognize and thank the wonderful, compassionate physicians, nurses and staff at The Neighborhoods by Tiger Place, Ellis Fischel Cancer Center, and the University Hospital Palliative Care Team who cared for Mrs. Duese, and especially the 8th floor Ellis nurses who so skillfully and lovingly cared for her in her last days.

A celebration of her life will be held in Chicago at a later date.