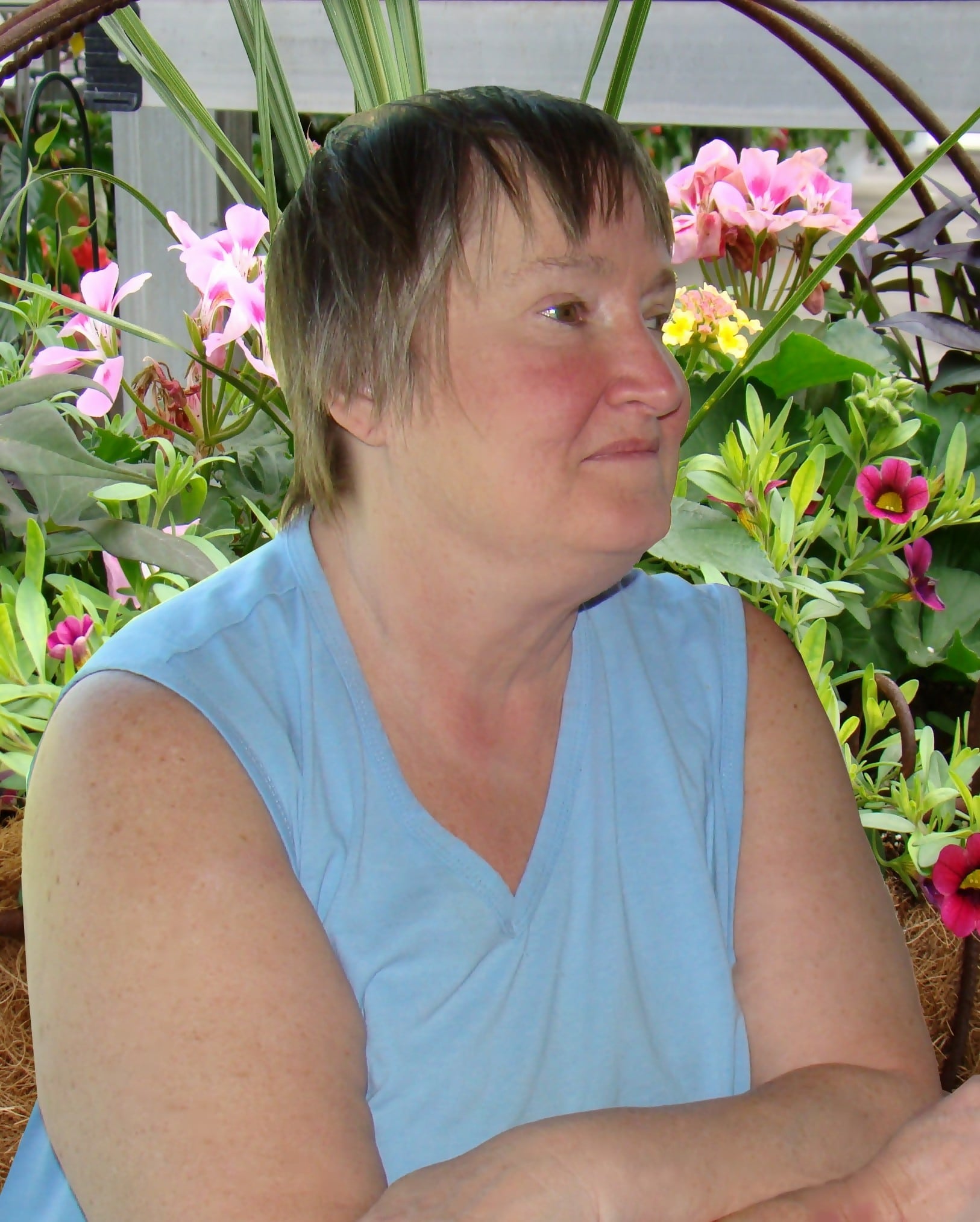 A memorial service for Karen Ann Stewart, 56, Centerview, Mo., will be at 11 a.m. Monday at Southside Church of Christ in Lawrence, 1105 W. 25th St. Inurnment at Oak Hill Cemetery will be at a later time.

Karen died Saturday, July 2, 2011, in Kansas City, Mo.  She was born Nov. 10, 1954, in Lawrence, the daughter of Donald Wayne Athey and Nina Josephine Hughes Athey. She attended Lawrence schools.  She was a homemaker.

Survivors include a son, Patrick O. Stewart and wife Sherree, Lawrence; a daughter, Angela L. Stewart, Lawrence; a sister, Gail A. Ryan and husband Roger, Lawrence; and her companion, Ronald Todd, Centerview, Mo., and his family including son James Todd.  She was preceded in death by her parents, a brother, Wayne Leon Athey, and a sister, Delain Sue Athey.