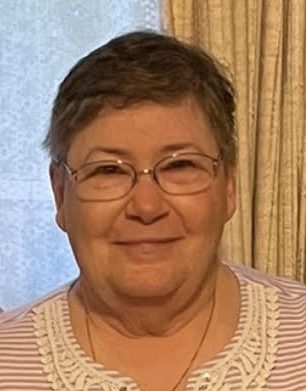 Kathryn Marie (Rude) Parker was born on August 24, 1949, in Stillwater, Oklahoma. Kathryn grew up living first in Oklahoma, then Missouri, California and Maryland. Kathryn attended elementary and high school in Severna Park, Maryland. Kathryn received her bachelor’s degree in sacred literature from Ozark Christian College in Joplin Missouri. She attended the University of Missouri taking elementary education courses. Kathryn met her future husband, Gary Parker, while working as a hospital unit secretary during her time in Columbia Missouri. Kathryn returned to Joplin, MO with her acceptance into the associate nursing program at Missouri Southern. After graduating from nursing school, Kathryn and Gary married in Joplin, July 1975. Kathryn and Gary moved to Denver CO where Kathy worked in intensive care unit. Kathryn continued to use her nursing license upon their move to Ellington, Farmington and Columbia. Kathryn retired after a 20-year nursing career in the behavioral health system for the State of Missouri in 2016. Kathryn was a believer in Jesus Christ. She was baptized in 1961 and remained a believer until her time of passing into eternal life. Kathryn and Gary worked with Missouri Operation for Vigorous Evangelism (M.O.V.E), helping to start an Independent Christian Church in Farmington, MO. Kathryn’s passion was always to be used as an instrument in the spreading of the gospel of Jesus Christ, by giving of her time teaching skills, talents, and finances. She was committed to Bible Fellowship Study in Columbia and continued to use her talents s in teaching the pre-K children Jesus Christ. Both Gary and Kathryn attended the Christian Campus House ministered by Roy Weiss and later Blue Ridge Christian Church. Kathryn was passionate about education and affiliated herself in the fight for freedom in education through the Missouri Eagle Forum. Kathryn enjoyed reading, music, sewing, crocheting, traveling, camping and loved most of all being with her beloved family. She is truly missed by her family and dear friends.