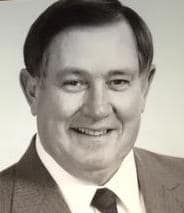 Mr. Euritt was born January 21, 1933 in South Park, Kansas and attended Shawnee Mission “Rural” High School.  Kenneth was in the US Coast Guard from 1952-1955 where he served in the Air-Sea rescue in Salem, Massachusetts.  He graduated from William Jewell College in 1958 where he received a degree in economics and business administration and was president of Kappa Alpha Fraternity.

Kenneth worked at General Motors, Leeds for 33 years when he retired. He held several supervisory positions during his GM tenure.  He founded Stonehaus Farms Winery after retirement as a “hobby” and was so proud as to what it had become.