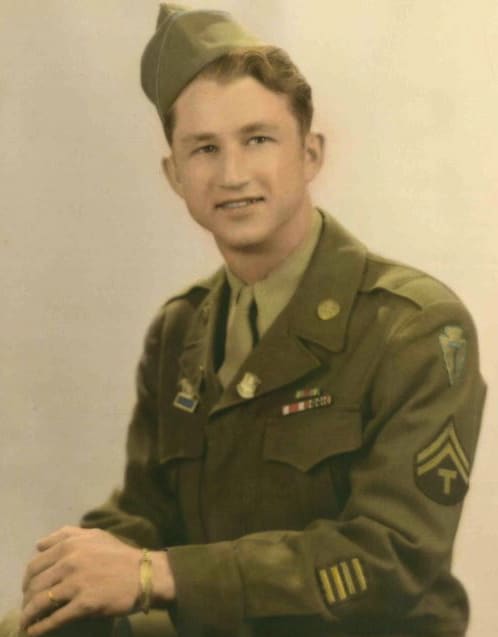 KENNETH (KEN) LEE PHILLIPS of Raytown, MO was born February 1, 1924, in Berryville, AR, to Mary Ellen and Charley Phillips. He spent his early years in the Carroll County, AR area. His first job was working at a feed store and hatchery in Berryville. He was drafted into the Army in May 1943 and served during World War II, where he was trained as a cook and baker and achieved the rank of corporal. He served in England, France, Belgium, Luxembourg, Holland, and Germany and was discharged in December 1945. He married Lucille V. Hill January 19, 1946.

Ken worked at Rupert Die Casting Company for 19 years, and American Steel Works for 3 years. He then worked at McCall Studio, later named Powell Furniture Service where he was a master furniture repairman and refinisher. He retired in 1987. His hobbies included woodworking and carving; photography; video recording, and many creative computer projects. He and his wife wrote and self published genealogy books tracing family history, preserving photographs, recording stories, and including documents dating back to 1777.

Private graveside services will be held In Berryville, AR at a later date. The family suggests donations to Kansas City Hospice and Palliative Care.