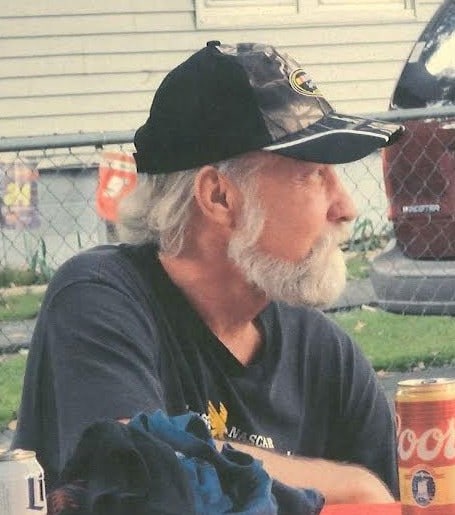 Kent graduated from Wyandotte High School [1971] and Pittsburg State University [1975] with his degree in automotive technology.  He was a mechanic most of his life; straying for only a short time to dabble in sales of [what else?] cars!

He is preceded in death by his father, Gunnar [2005] and maternal and paternal grandparents.  He is survived by a his beloved mother, Evelyn Anderson, and his best friend and eldest brother Gary [Bonnie]. Kent also leaves behind younger brothers Mike and Brad [Christy], his sister Kim Garvey [Kevin] and a world of generous and loyal friends.

Although it should be noted that Kent fought a very courageous battle with death, he received a call with an offer he couldn’t refuse.  It came with a promise of a reunion with family and friends he has not seen in a long time, 100% job security to a wonderful place where he’ll be charming and kind just as he was here with us.  There will be music, laughter, immense amounts of love and all the cars he could ever want to tear apart and rebuild. Flannel shirts and blue jeans will be the perfect attire and living life everafter ‘on the edge’ perfectly acceptable. Gentlemen; start your engines…………and keep our dear Kent in your loving care!

In lieu of flowers, the family suggests donations to The Salvation Army.