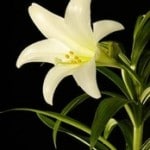 Kermit was born on June 13, 1922 in Blanchardville, Wisconsin to Leta (Aspel) and Hiram Meade. He had a work history that started when he was 11 as a caddy at Beloit Country Club. During this time, a local bar would pay him 5 cents for each bullhead he caught for them. He graduated from Beloit Sr. High School in 1940. In 1941 Kermit served as an Apprentice Machinist at Fairbanks Morse in Wisconsin. He then went on to work from 1941-1955 at Fairbanks Morse; from 1955-1962 at Yates American; from 1962-1971 at Fairbanks Morse again; from 1971-1973 at Electro Space (Lexington Standard) NJ; from 1974-1986 at Seir Bath Gear Works NJ and retired in 1986. Upon his retirement, he moved to Keytesville, MO, and while in Keytesville, he served a term as Mayor. He moved to Columbia, Missouri in 2015.

Kermit truly enjoyed and was deeply dedicated to his family and church. He enjoyed woodworking, fishing, hunting, and spending time with pets. With a joyful heart, we celebrate the many wonderful years we had with him and grant him peace.

Kermit donated his body to the MU School of Medicine for educational and scientific research.