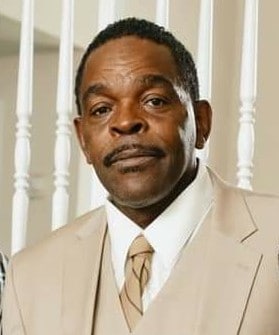 Kevin Dewayne Golden was born February 10, 1966 to the union of the late Charles W. (1983) and Florence A. Golden (Crooks) in Springfield, Mass. He moved to Detroit, MI with family while still a young child.

Kevin accepted Christ at an early age and was baptized at Friendship Baptist Church. Kevin was educated in the Detroit Public School System and received his GED in 1984. He enlisted in the United States Army and received an honorable discharge.

On March 23, 1989, Kevin and Wanda Pickins were married in Columbus, GA and created a loving blended family of (2) sons and (2) daughters. They resided in Detroit, MI until 2002, when Kevin moved his family to Kansas City, MO where he lived until his death on May 17, 2021.

Kevin aka “rag mop” was lovingly named by his grandmother Jeanette McCloud, danced to the beat of his own drum. He was the family’s handyman, mechanic and jack of all trades. He enjoyed fishing, bowling and working on automobiles. He found a way to make his love for cars the way he earned a living and supported his family.