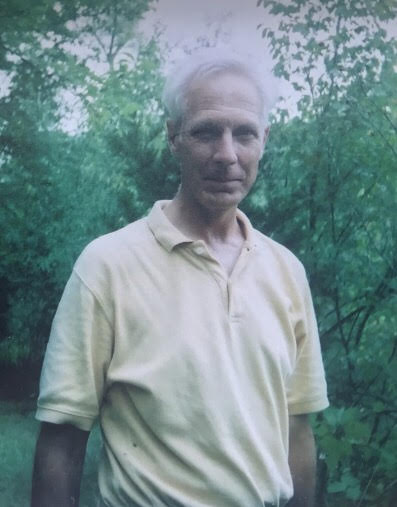 A beloved and loyal son, brother, uncle, and friend, Larry Jay Ptacek, 62, of Raytown, MO died September 21st, 2019, following a short, courageous battle with cancer. Born January 14th, 1957 in Manhattan, Kansas, Larry graduated from Raytown High School in 1975 and obtained a Geography degree from UMKC in 1979. A dedicated employee, Larry spent the past 29 years with Adams Toyota, most recently as Recon Manager.

Larry loved his family and friends, plants, flowers, cars, dogs, PBS, and Charles Dickens. Always dependable and honest, Larry’s selflessness was indeed valued and he eagerly loaned his green thumb and car sense to family and friends. He was preceded in death by his beloved mother whom he cared for in her illness, Mima Jeanne (Hunt) Ptacek. He is survived by his father, James Ptacek; his older brother Steve Ptacek, nieces Shannon and Shelby, and grand-nieces Raegan and Scarlett; and his younger brother Richard Ptacek, sister-in-law Joannie, nieces Mary Lee and Gina, and nephews Robbie and Richie.

Larry will be interred alongside his mother at Graceland Cemetery in Burlington, KS.

On October 26th at 11:00 a.m., the family will hold a Celebration of Life at Jerry Smith Park Trail Head, located on Prospect Ave, Kansas City, MO 64146 (one mile east on 139th Street off Holmes Road). A luncheon will follow at the Elks Lodge 2088, 13600 Arrington Road, Grandview, MO. In the case of inclement weather, the service will be moved to the Elks Lodge.

Larry was a supporter of The Missouri Prairie Foundation and The Nature Conservancy. Donations can be made to a non-profit of your choosing or to Bridging the Gap. Bridging The Gap will see that any gifts in Larry’s honor will go directly to the Kansas City WildLands program for on-the-ground restoration and conservation of the KC area’s remnant prairies.