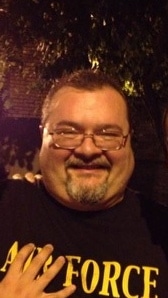 Larry Piercy, 49, of Kansas City, passed away Friday, January 24, 2014. A memorial service in honor of his life will be held at the North Kansas City Community Center, 1999 Iron, North Kansas City, Missouri on Thursday, January 30, in Rooms B and C from 6 to 8 p.m. The event will include remarks from his loved ones, military honors, and a celebration of Larry’s love and integrity. His soul is at rest, but his memory lives on.

Larry was born June 20, 1964, to Larry H. Piercy and Mary L. Rodriguez. He served in the United States Air Force and Army National Guard, and worked most of his life as a technological engineer. A loving father, husband, brother, and friend, he will be survived by his brother, Tony; his sisters, Helen and Teresa; his sons, Lucas and Stephan; and their mother, Suzan. Those who knew him experienced a kind and generous man, the type of man who would give you the shirt off his back. His earthly presence will be dearly missed.