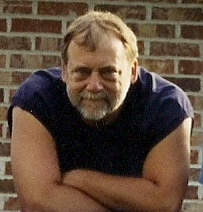 He was born September 19, 1950 in Arkansas City, KS., the son of the late Lawnie L. Williams and the late Duana (Hughes) Williams.

On June 20, 1970, Larry was united in marriage in Arkansas, KS., to Kathie Arnett, who survives the home.

Larry and Kathie enjoyed 43 years of marriage and had two children together. Larry attended Arkansas City High School and Wichita State University. Larry served in the National Guard in Kansas and Colorado from 1970 – 1976.  He loved fishing and was a huge fan of the Kansas City Chiefs and St. Louis Cardinals. Most importantly, Larry loved spending time with his family. Larry worked for the Santa Fe Railroad climbing the big microwave towers and later as an Electronics Technician for the Union Pacific Railroad until retiring in 1999.

Larry was preceded in death by his parents and mother-in-law, Dorothy Arnett of Arkansas City, KS.

A private family celebration will be held at a later date.

Cremation arrangements are under the direction Heartland Cremation and Burial Society.