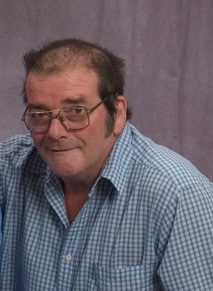 On Sunday May 2, 2021, Larry Wayne Wilson devoted husband, loving father, and grandfather passed away unexpectedly.  He was born in Jackson county, MO to Lawrence Wilson and Barbara Christian (Knotts).  In July 1974 he married the love of his life, Susan McDonald in Peculiar, MO.  He and his wife had two daughters and settled in Independence, MO to raise their family.

Larry was a hard working man.  He worked for Ford in Blue springs as a mechanic for many years.  He had always had an interest and knowledge of cars from a young age.
He was a quiet man that was very easy going.  He won the hearts of many and if you were a friend with him you were a friend for life.  He had a way of accepting a person for who they were.  He never hesitated to help someone out.
He knew what it meant to take care of, raise, and love his family.  He was always dedicated to his family and enjoyed spending time with them.  He was always being supportive, always showing how proud he was of his daughters and wife.
He didn’t have a lot of hobbies and interest but he did enjoy Barbequing and perfecting his smoking techniques.  However, if he wasn’t doing that he could always be found cruising the lake on his boat and fishing.
Larry was preceded in death by his father, Lawrence Wilson, step mother, Christina Wilson (Neitzert), brother Tim Wilson.  He is survived in death by his wife Susan Wilson, Daughters Michelle Wilson, Jamie Pollock, 3 grandsons Cody and Trevor Lawrence, Austin Pollock, Mother Barbara Christian and Stepfather Dale Christian, Brother Danny Wilson, Half sister Tina Wilson, Step Brother Craig Christian, and several other extended family members.
There will be no services at this time.  The immediate Family has planned to do a Celebration of Life at a later date for close family and friends. To Be Announced.