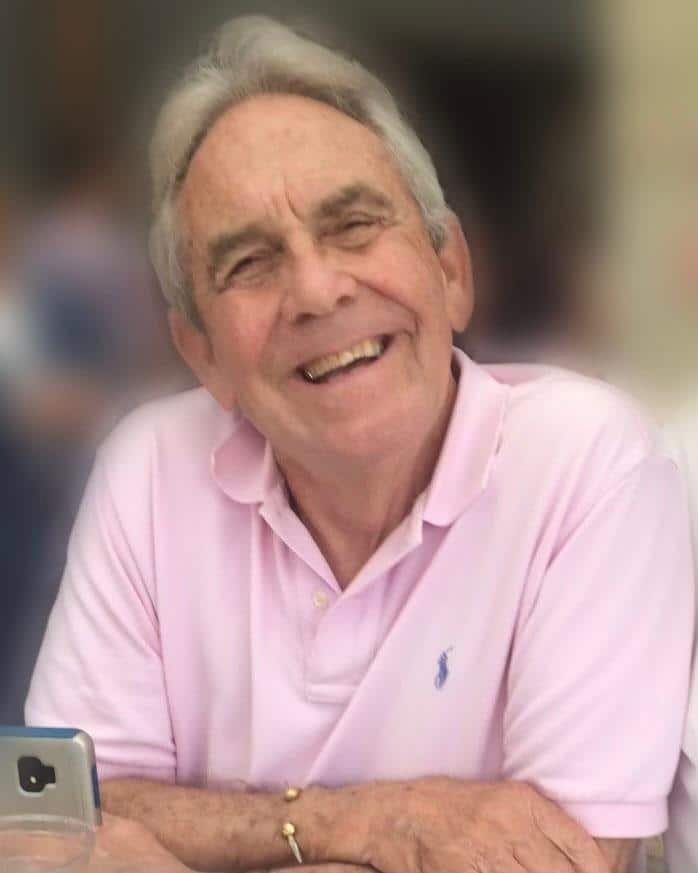 Lawrence “Larry” James Brennan passed away peacefully surrounded by his loving family on August 26th, 2022, at the age of 77 years old at St. Luke’s Hospital in Kansas City, Missouri.

Larry was born January 26th, 1945, in Kansas City, Missouri to Elaine G. Smith and James E. Brennan. He was the second child, and oldest son, of the nine Brennan children. Larry attended St Agnes Catholic School through his eighth grade year before attending and eventually graduating from De LaSalle High School in 1963. Soon after graduation, Larry and Sharon Haman were married. The couple welcomed their first of two daughters, Tracy Lynn in 1964, followed by Jill Christine in 1967.

Larry’s passion for the car business began as a young boy spending countless hours at Jim Brennan Motors on Troost Avenue with his dad, Jim “J.B.” Brennan, who owned and operated the lot for many years. Larry enjoyed his free time in his home garage, and it wasn’t unusual to find him there polishing his favorite set of wheels at 3:00 A.M. However, he would have to tear himself away in order to arrive at the Union Pacific Railroad where he was employed as a yard clerk.

In the early seventies, Larry met and married Linda McDaniel and adopted her son Christopher. In 1979, after buying and selling cars out of his home garage for several years, Larry moved his operations to 3211 E. 12th St. and Excel Motors was born! The couple also owned and operated the Merry Go Round, Dizzy Magoo’s and Hot Rocks night clubs before eventually going their separate ways.

Always a romantic, Larry met and married Irene Dillon on October 24th, 1987, and together welcomed their daughter, Brieanna Jane. They enjoyed many happy years together. Even after the couple divorced in 2001, they remained dear friends throughout the rest of his life.

Larry was preceded in death by his parents. He is survived by his siblings, Kathleen Buescher (Joe), Bobby (Debbie), Jane Henry (Bill), Billy (Connie), Rosemary Baker (Steve), Jackie (Sheila), Jimmy, and Tommy (Zan). Larry leaves behind his daughters, Tracy (John), Jill, and Brieanna. He will be missed by his seven beloved grandchildren, Kaylee (Adam), Jeffrey, Jacob, Kevin, Emily (David), Ashlynn, and Alayna; and two beautiful great-granddaughters, Brynnly and Lacey. Larry’s life-long friend, John Roth will miss and grieve for him as deeply as any family member.

Larry was looking forward to finally settling into his golden years, and in April of 2022, relocated to a lovely condo in Raytown, Missouri. He was in the process of closing out the legacy that was Excel Motors and finally considering retirement. In June of 2022, Larry was afflicted with a particularly serious case of Bell’s Palsy, which required a hospital stay. Later, while recovering in his home, Larry once again became ill and was hospitalized and required ICU care. Eventually, Larry’s condition worsened to a degree where open heart surgery was emergent, but after surviving the successful surgery, he unfortunately suffered a severe stroke only hours later.

Tragically, Larry’s last few months were nowhere near as vibrant as he deserved, and he passed away far too soon; though, his passage to heaven was made beautiful by those that loved him most. Larry took his last breaths in the comfort of his three daughters, Tracy, Jill, and
Brieanna; Tracy’s husband, John; his granddaughter, Kaylee; and his dear friend and former wife, Irene.

Please help us celebrate Larry’s life the way he would have wanted by joining us for his Celebration of Life on Wednesday, September 21st from 5:30-8:30 P.M. at Meadowbrook Park Clubhouse, 9101 Nall Ave, Prairie Village, KS 66207.