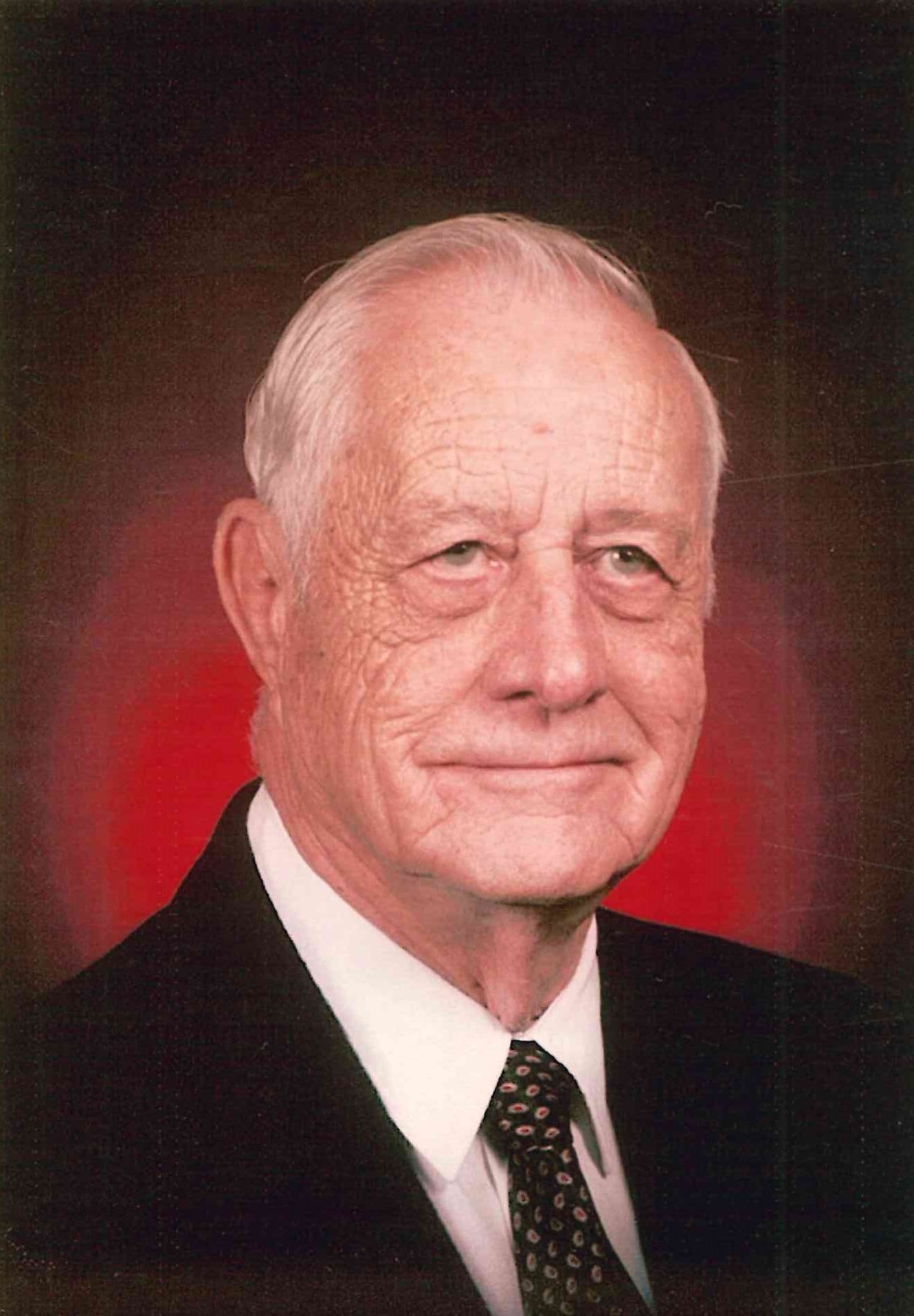 Mr. Tholl was born on January 24, 1924, on the family farm near Valley Falls, KS, to Thomas and Agnes Natrop Tholl. He moved to Atchison, KS, in 1937 and graduated from Maur Hill High School in 1941. He came to Kansas City in 1942 and was employed at Havens Structural Steel. He entered military service in February of 1943 and served more than three years in the Army Air Corp with the 8th Air Force in England during World War II. During his deployment, he was briefly stationed in New York City where he met his wife Eileen in Central Park. They were married in New York City on December 27, 1947, the day after a 26- inch blizzard.

Upon return to the Kansas City area he obtained a degree in Electrical Engineering from Finlay Engineering College and spent 40 years in the Electrical Contracting industry. He retired from R.F. Fisher Electric Co in 1989. He served a term on the Board of Directors of NECA. Larry was a lifetime member of the VFW and Knights of Columbus. He was a member of Our Lady of Lourdes Catholic Church, Raytown, for 63 years.

He was an avid sports fan, first playing softball and then managing a men’s softball team after an errant slide into second base resulted in an ankle injury. He also never missed following his beloved Royals and KU basketball. Fishing and camping were his other loves.

After being widowed, Larry met his second wife, Theresa, at the Friendly Club at church. They were married on October 2, 2004, and enjoyed traveling and frequent trips to Branson, MO. One of his most memorable trips was to Washington, DC, in September 2016 with Heartland Honor Flight.

Larry (affectionately known as GP or Uncle Lawrence) was a loving father, an unequaled grandfather, a quick-witted communicator, and an unbelievable storyteller. Everyone was immersed when he was holding court. Larry’s life code was do your best, tell the truth, try hard and always do the right thing. He will be forever remembered and missed daily.

The family would like to thank the wonderful staff at Advent Healthcare Shawnee Mission Hospital and to the kind staff at Brookdale Wornall Place Assisted Living for taking care of Dad the past 18 months.