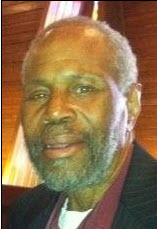 He worked in manufacturing industry at Allis-Chalmers until his retirement. He was the proud father of three children; One child from his relationship with Della Hubbard and two children born of his union with Doris Jones February 26, 1973.

Leonard took great pride in his appearance, was an immaculate dresser, loved cars especially Cadillac’s, ladies (his friend-girls), and music. There were few times you’d find him without headphones or a radio nearby. Music was his getaway.

Leonard had a way of melting the hearts of those he encountered. He was generous and spared no expense when it came to children. He loved his family and had many close nieces and nephews several of which preceded him in death.

Once Leonard became ill and began declining, He was placed in the care of Good Shepherd Hospice September 2012 but he was not the classic hospice patient as he was rarely “down”  – full of life, hope, and never-ending enthusiasm about turning his con-dition around.

He developed a loving relationship with the caregivers and nurses at Good Shephard and they enjoyed providing Leonard personal care and often spoiled him with his fa-vorite meal – a Wendy’s Baconator and strawberry shake. You couldn’t help wanting to spoil him and his eyes melted the hearts of anyone who gazed in his hazel-green eyes.