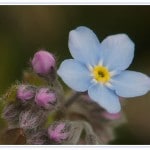 Lola Schneider, 80, of Jefferson City passed away Friday, December 19, 2014 at St. Mary’s Hospital.  A private memorial service will be held at a later date.  Lola was born June 2, 1934 in Linn, MO the daughter of Raymond and Mabel Curley.  Lola was united in marriage to Harold Schneider on August 30, 1952 and he preceded her in death in March of 2005.  She is survived by two grandchildren, Brandon Schneider and Julie Schneider.  Lola’s son, Bron Schneider also preceded her in death in November of 2008.  Memorial contributions are suggested to the Jefferson City Animal Shelter.