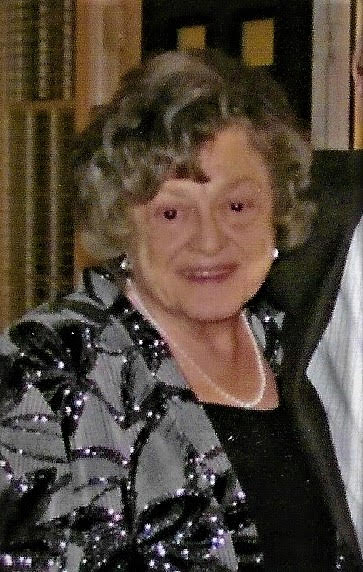 Louie “Lou” Martin Meacham, Overland Park/Leawood, KS passed away May 15, 2018. A Celebration of Life will be held 2 pm Fri June 15, at Village Presbyterian
Church, Prairie Village, KS. A visitation will follow the memorial service at the church. In lieu of flowers memorial contributions may be made to the Leukemia & Lymphoma Society or Village
Church.

Lou was born Oct 12, 1933 in Washington, PA the daughter of Charles and LillyMay Martin. Lou grew up in Brecksville, OH and graduated from Lakeview High School in 1951. Lou graduated from Bowling Green State University with a degree in Speech Pathology and was a member of Gamma Phi Beta. After college, she became a TWA flight attendant and met the love of her life, Robert Meacham. They married in 1961. Robert, a TWA captain, retired in 1989. They were married 50 years. Lou and Bob enjoyed traveling across the USA and overseas with their children. Lou later went to work for Dillard’s and was among the top pacesetter salespeople. They enjoyed retirement, spending time with family, grandchildren and their activities.

Lou was preceded in death by her parents, Charles and LillyMay Martin, brother Charles Martin and husband Robert Meacham.