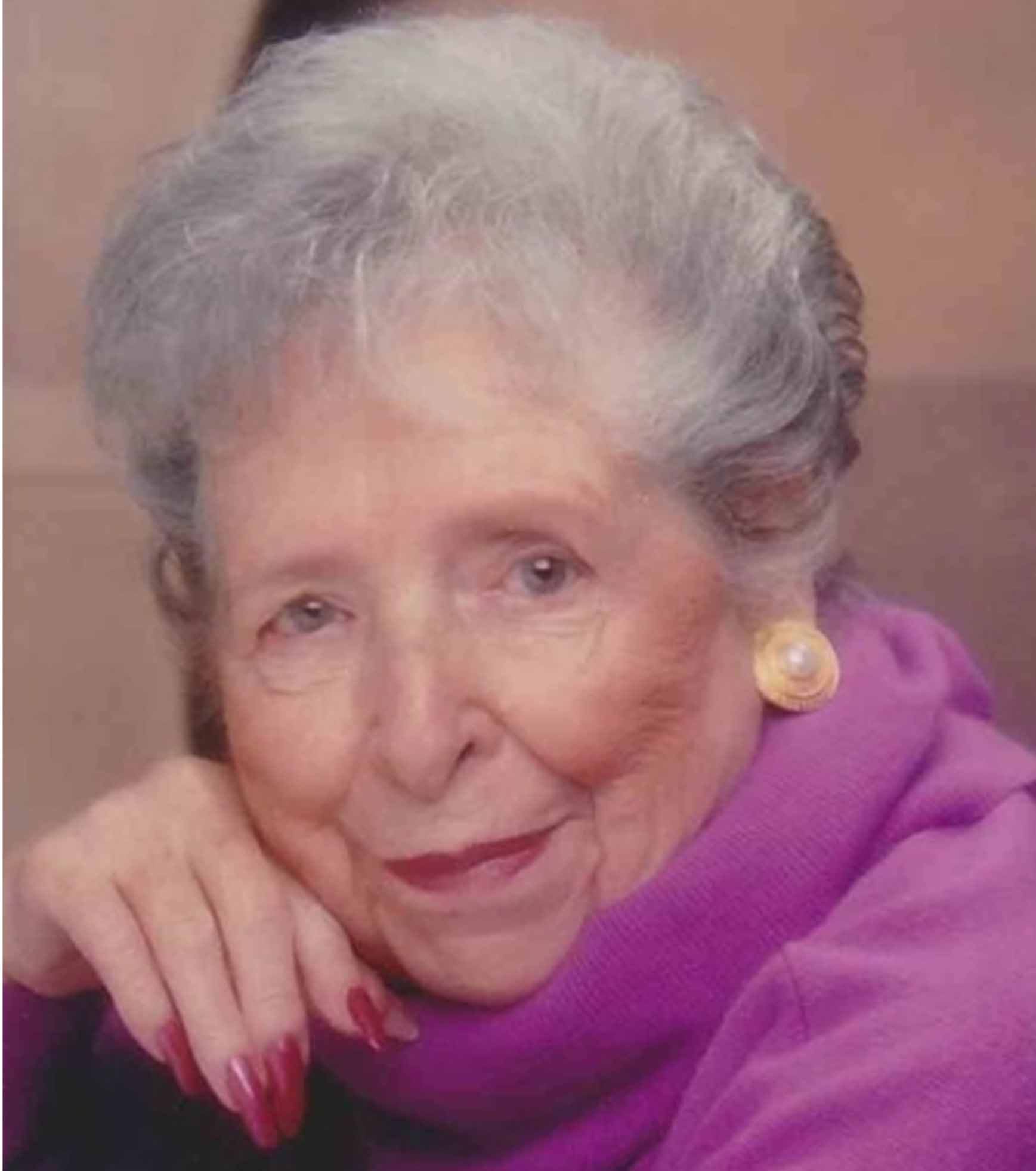 Born in Kansas City, Kan., on April 11, 1914, Louise graduated from Wyandotte High School and worked as a self-taught accountant.  After raising her beloved sons, Patrick and Peter (both deceased), in Kansas City, Kan., she moved to Phoenix and then to the Los Angeles area, where she lived for over 30 years. In 1995 she returned to the Kansas City area to live at The Fountains in Independence, spending 17 happy years there. In 2012, she moved to the Rehabilitation Center of Independence.

Louise was a spunky lady with an independent streak long before it was considered acceptable for a woman. She lived the life she wanted, the way she wanted, and answered to no one. Her sense of humor, love of people, and Catholic faith helped her weather whatever life brought her. Louise loved blingy costume jewelry, the color pink, and dressing stylishly. She was lifelong learner who was intensely interested in the world.

Louise loved her daily ritual of solving crossword puzzles and reading the newspaper. She received an array of newsmagazines and would quiz her grandchildren about the latest tech gadgets and websites she had read about. We learned so much from watching her—that curiosity keeps you young, laughter can truly be a cure-all, and that change, however difficult, is best approached with equanimity. Especially at the end of her life, Louise spoke often about missing her sons and her parents, and we are happy they are now reunited.

Louise was preceded in death by her parents, Stella and Daniel O’Brien, her sisters, Genevieve, Helen, and Geraldine, and her sons, Patrick Henry Nugent and Peter Daniel Nugent. She is survived by her daughter-in-law, Ashley Nugent, grandchildren Matthew Nugent and wife Rachel Nugent, and Megan Galicia and husband Esteban Galicia, and a great granddaughter, Althea Louise Nugent, all of Kansas City, Mo.

Louise’s family would like to thank the staff of the Rehabilitation Center of Independence for their loving care of Louise during the year she lived there. The family also thanks the staff of Grace Hospice for helping make her last days comfortable and peaceful.

A graveside service will be held at 10 am on Saturday, September 21, 2013, at Mount Calvary Cemetery, Kansas City, Kan. Memories and condolences may be left at www.heartlandcremation.com.