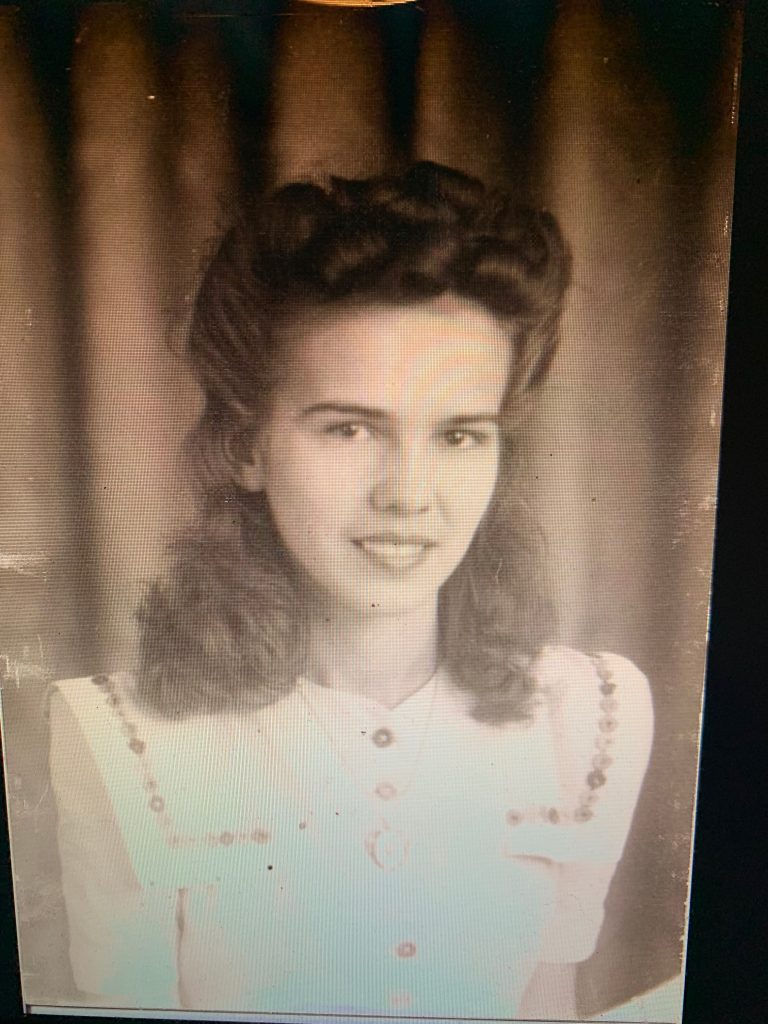 Marguerite, better known as “Mig” to her family and childhood friends, passed away on Saturday, April 23, 2022. She was born on February 15, 1926 and had recently celebrated her 96th birthday with several family members and friends at her daughter Barbara’s house in Kansas City. Marguerite was the fourth child of 12 children born to Albert and Mary Bowen. All but one of her siblings are deceased with the exception of Harold Bowen. Marguerite married Melvin Clifford Mason on October 3, 1942. He preceded Mom in death on May 3, 2003.

Marguerite was an excellent cook and enjoyed cooking for family gatherings. She also loved to write poetry and even had a quarterly poetry booklet which she sold as a subscription in the 70’s. She was not afraid to learn new things, and taught herself how to use a computer when she was in her 60’s. A skill she was able to use for the rest of her life until her eyesight became so poor she couldn’t see the keys well enough to accurately hit the right keys. Mom was also very interested in genealogy and served as an editor and contributor to the local newspapers for the Genealogy Society in Crawford County when they lived in Steelville, Missouri. As a result of her research she wrote an historical account of her family, which she published in 2000 under the title “Bowen Backroads.”

After moving to St. Peters in 2006, she stayed busy writing Facebook blogs and crocheted many hats, scarves and lap robes, which she regularly donated to orphanages or nursing homes.

After her eyesight and hearing became so poor, she couldn’t continue her writing and crocheting, she became very good at playing Yahtzee with family members or by herself. During the pandemic she did not leave her house for the first year but played Yahtzee with her daughter in Kansas City over a portal almost daily.

Marguerite will always be remembered for her tenacity to learn something and to find something purposeful to do. She firmly believed that if you wanted to do something, you could do it. She often reminded us that “Where there’s a will, there’s a way.” Always independent and self-sufficient, Mom continued to live on her own with support from her family for nearly 19 years until just 4 months before her passing.

And yet I know,

A Celebration of Life will be held in St. Louis in the next few weeks. Please contact Barbara Condra at 816-985-6636 if you would like information about the event. Flowers are not expected but if you would like to make a donation in her honor please send the check to:

The Assistance League of Kansas City