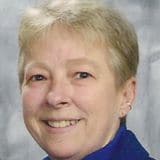 Marilyn Kay Perryman, 60, of Kansas City, Missouri passed away September 30, 2015. Marilyn and her twin sister Carolyn Fay were born on July 5, 1955 in Lebanon, Missouri. The twins were the fifth and sixth children of parents Hershel D. Perryman and Myrtle E. Bradshaw Perryman. The family moved to Raytown, Missouri in the late fifties and presided there until moving to Lone Jack, Missouri where the twins graduated from Lone Jack High School in 1973.

After graduating Marilyn moved to Kansas City, Missouri and worked for Southwestern Bell Communications for 27 years until her health forced her into retirement. Marilyn enjoyed vacationing, and having ‘Game Nights’ with her friends, family and spending time with her pet companions. She was an avid Smurf’s fanatic and had an amazing collection to show for it. She will be greatly missed.

Services: Monday, October 5, 2015 with a Celebration of Life Visitation 5:00pm, followed by Eulogies at 6:00pm at Missouri Funeral Care, 6113 Blue Ridge Blvd., Raytown, Missouri. (Cremation). The family requests that in lieu of flowers, donations be made to the local Heart or Lung Disease Assoc. or a charitable organization of choice.