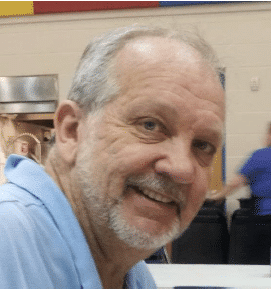 Marlen Leo Bergman, 69, Liberty MO, passed away November 20, 2017 at the North Kansas City Hospital after a short illness. He will be greatly missed by his family, friends, and dog Sparkie.

Marlen was born September 24, 1948 in Hendricks, MN to Leo and Laurene Bergman. After graduating from Elkton High School, Marlen enlisted in the United States Air Force where he served as a staff seargent at the Minot Air Force Base in North Dakota until January 1972. After his service, he attended South Dakota State University in Brookings, SD where he earned his Bachelor’s of Science Degree in Pharmacy. During this time he had two daughters, Stacy and Shawna. His 36 year career as a pharmacist spanned over several states including SD, MN, IA, and MO. It was while working in Montevideo, MN he met his wife, Charlene. They were married June 14, 1987 in Montevideo, MN. They moved to the Kansas City area in 1993 and Marlen eventually retired from CVS Pharmacy in Liberty in 2012. He was a long standing member of the American Pharmaceutical Association. While Marlen loved wine from dabbling at making his own varieties to picking grapes annually at Holy Field Winery & Vineyard in Basehor, KS, it was spending time with his family that meant the most to him. “Papa Marlen” rarely missed an opportunity to go to one of his grandchildren’s activities from football, soccer, baseball and basketball games, to art shows, choir and marching band competitions. He was always there to support them in whatever endeavors they undertook. Charlene and him often went on long road trips to spend time with their children and grandchildren stopping often at casinos along the way where a three hour drive often turned into five hour drive.

He is preceded in death by his parents.

Memorial contributions should be made to the American Heart Association or The Sarcoma Foundation of America.