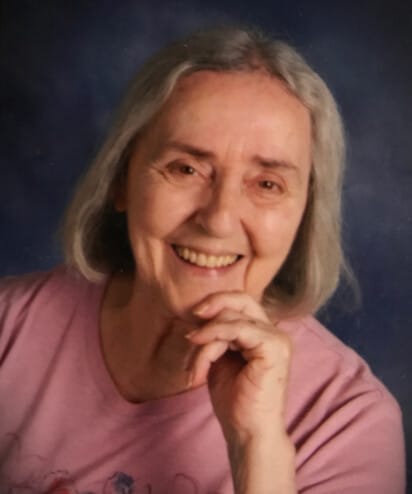 Services for Marlyne will be held at Heartland Cremation and Burial Society in Raytown, Missouri on Monday, January 2, 2023. Visitation is from 2:00 PM – 3:00 PM, Funeral Service will follow at 3:00 PM. If you are unable to attend, you may view Marlyne’s Service by clicking on the following link. Marlyne Funeral Service

Ms. VanVleck was born February 26, 1938, to parents Perry and Sherma Wells in Stanley, Iowa. Marlyne was the middle child of her siblings; she had an older sister Charlyne Anderson and a younger brother Gene Wells. After earning her nursing degree in 1958, she married Robert VanVleck on June 14, that same year, and had two children, Rebecca and Robert. With her nursing degree, she went on to hold various nursing jobs – including gynecology, the school nurse where her children attended school, head nurse at a nursing home and then ended her career in transcription for a group of doctors. She enjoyed crocheting, sewing, collecting rocks, bowling with her girls, cooking, baking, attending church and most of all spending time with her family. Marlyne was married to John Preuitt later in life.

Marlyne was preceded in death by her parents, her siblings and her husband’s Robert VanVleck and John Preuitt.

Memorial contributions are suggested to go to Dementia Society of America. Donate in Memory of Marlyne VanVleck