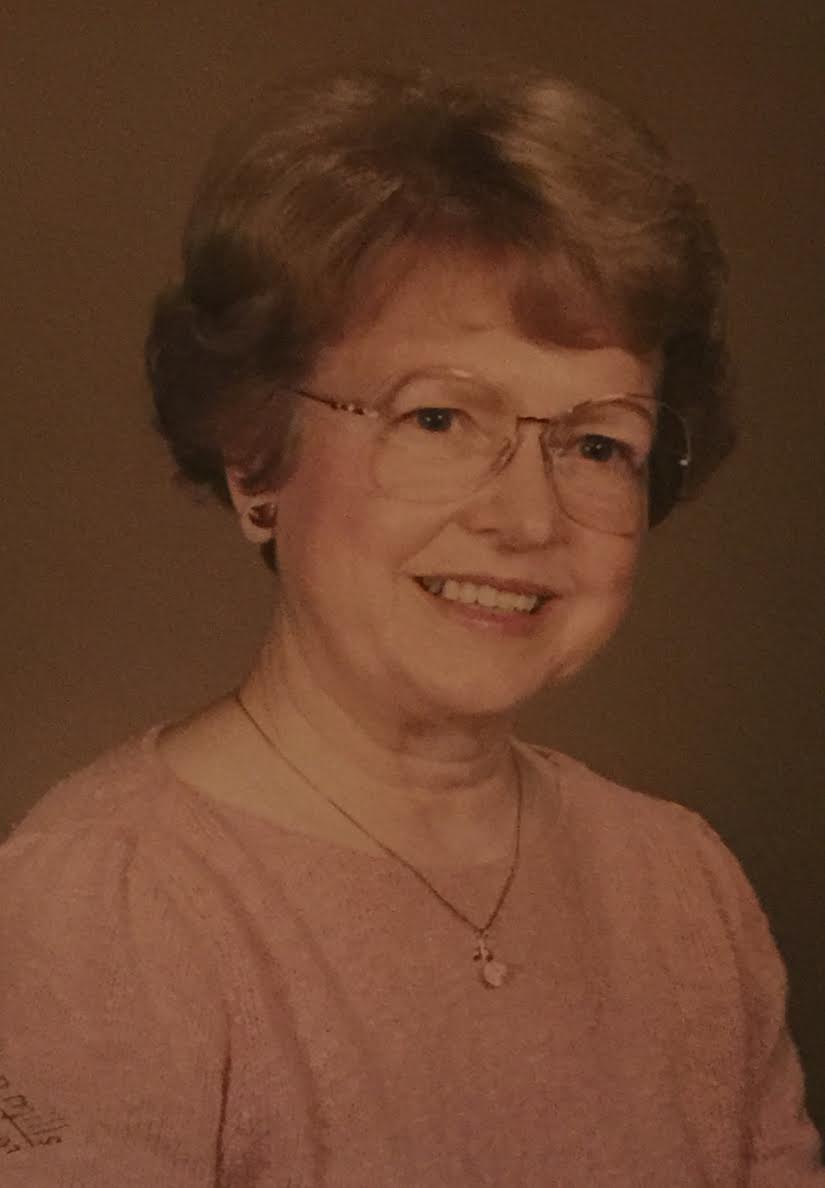 Mary “Joyce” Owen died on April 14, 2015 in Kansas City, Missouri.
Joyce was born on September 2, 1926 on the family farm near Fairview, Kansas to Paul and Irene (Whitney) Cyphers. She joined older brother and sister, Emerson and Marjorie. Joyce grew up surrounded by relatives and would walk to school with her 9 cousins.
Joyce’s first date with Bill (William) Owen was in 9th grade when they attended a music festival together. He would sing and through the years she accompanied him on the piano. Joyce attended Kansas State University where she was active in Alpha Delta Pi sorority. She and Bill were married June 23, 1946 when he returned from serving in the Navy. They lived in Manhattan and Norton, Kansas and Warrensburg, Missouri settling in Raytown in 1957 where they raised their 3 children, Gail, Todd and Diane. She lived in Raytown until moving to Kingswood Manor in 2007.
Joyce’s faith has always been central in her life. She was baptized as an infant in the Reformed Church in Fairview, Kansas and wherever she has lived she has been an active member in the church. In Kansas City she served as one of the first female elders in the Presbyterian Church USA and served for years as Director of Christian Eudcation. She was a member of 2nd Presbyterian Church.
Joyce was a lifetime member of PEO. She was the nurse at Norfleet Elementary School in Raytown for 20 years.
Joyce’s love affair with Rocky Mountain National Park began when she was a toddler when her family traveled over Fall River Pass in a Model A. Her first trip up Trail Ridge Road was in 1946 on her honeymoon. Yearly the family traveled to RMNP to hike and appreciate God’s amazing creation. On their 40th Anniversary, Joyce and Bill purchased their mountain home in Estes Park. She passed on her love for RMNP and the mountains to her children, grandchildren and great grandchildren.
Joyce and Bill were able to travel through the United States and she was proud to have visited 49 states and 49 capitals. They also enjoyed several trips to Europe. Joyce enjoyed decorating her home with things that reminded her of her many travels.
Joyce is survived by daughter Gail (Mike) Owens, Todd Owen (Patricia) and Diane Turner. Grandchildren: Tod Buckner, Jason Buckner, Angela (Buckner) Hill, Jill Turner Cocking, Ben Turner and Katie Turner DeHaven and 9 great grandchildren.
There will be visitation on April 17 from 7-9pm at Missouri Funeral Care, 816-353-1700 in Raytown. Funeral services will be held at 2nd Presbyterian Church, Kansas City on April 18 at 10am and burial will be at 3:00 at Powhatten Cemetary, Brown County, Kansas.
In lieu of flowers, contributions can be made to William and Joyce Cyphers Owen Memorial Scholarship at Kansas State University which provides aid for students studying engineering and agriculture. 2323 Anderson Ave. Manhatten, KS 66502 or online at www.found.ksu.edu. 1-800-432-1578.