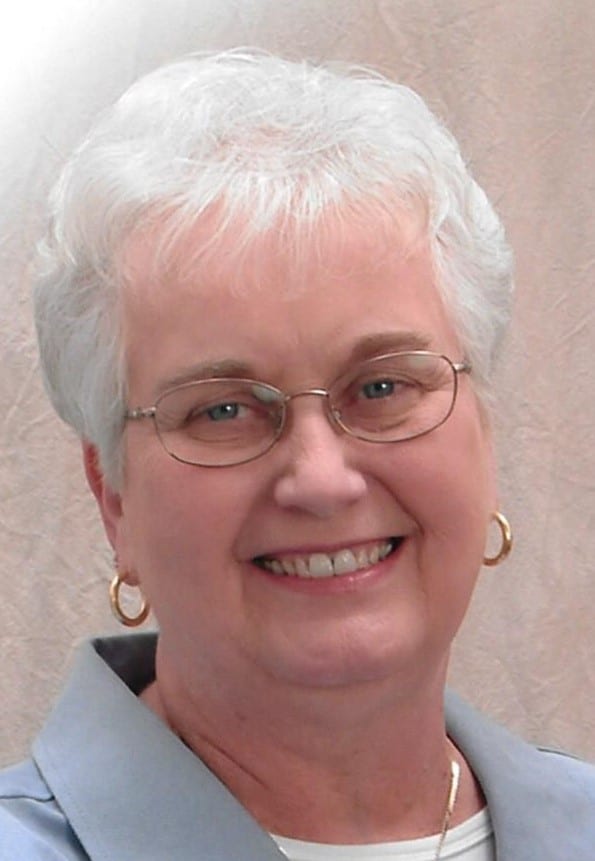 On the morning of December 10, Maureen passed away peacefully at home, surrounded by the family she loved so much.  She was preceded in death by her parents, William and Hortense Love, and her brother, Thomas.  She is survived by her husband, Jim; daughters Terre Tepikian (Bruce) of Overland Park, Kansas, and Tracy Parker of Jefferson City, Missouri; granddaughters Meghan (Parker) Rewers (Kael) of Effingham, Illinois, Sarah Tepikian of Overland Park, Kansas, and Delaney Parker of Carbondale, Illinois; great-grandson, James Rewers of Effingham, Illinois; and other beloved extended family.

She was very active, enjoying bowling, playing volleyball, traveling, camping and fishing.  She also enriched the lives of many girls during her years as a Girl Scout Leader for Junior Troop 698. She loved being a stay-at-home Mom until her girls were out of school, and then excelled working as a secretary in the construction business.  In 1996, Maureen and Jim sold their home in Webster Groves, Missouri, and purchased a 35-foot fifth wheel camper and hit the road exploring the United States, including Alaska.  In 2004, they put down roots again, moving into a garden home in Mission, Texas.  For over 10 years, they had a wonderful time with their many friends there.  In 2015, her health began to decline, so she and Jim moved into an assisted living facility in Overland Park, Kansas, where she became beloved by many residents and staff.

Despite being burdened with myasthenia gravis and debilitating back pain for many years, she chose to live her life with courage, grace, and humor.  She was a shining light that always drew people to her strength, warmth and compassion.  Words cannot express how much she will be missed by everyone who had the privilege of knowing and loving her.

In lieu of flowers, donations may be made to the Crisis Nursery of Effingham County (924 N. Merchant St./Effingham, IL 62401) or Children’s Haven International (400 E. Minnesota Road/Pharr, TX 78577)