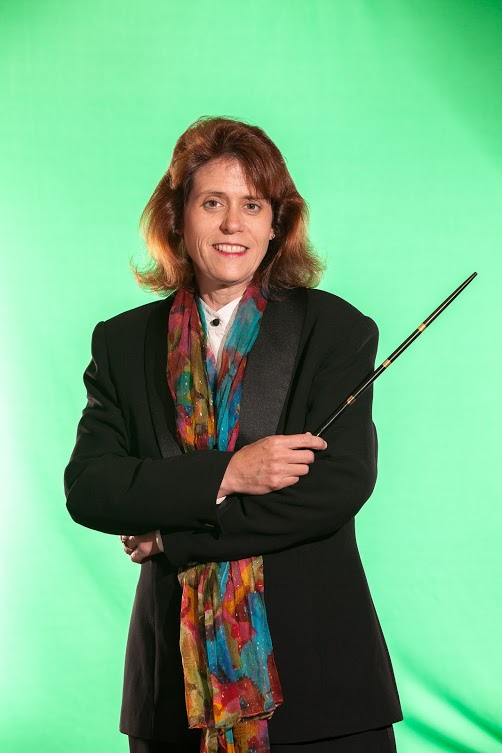 An idealistic spirit, a compassionate teacher, a dynamic presence, Melissa Marie Lock Straw, 47, died October 29, 2017. Melissa was a loving mother, spouse, daughter, and sister, an engaging personality, and a fiercely passionate educator. She had a photographic memory, a colorful sense of humor, and a provocative intellect. She was politically progressive, a collaborative colleague, a good friend, a gourmet, an aesthete, an advocate of animal rights and human rights, and a spiritual, magnanimous, diverse, creative, musical, and artistic person. She is sadly missed by many, but has left a trove of examples and memories from which a better society can be built.

Melissa was born March 8, 1970 the youngest of five children to C.R. Bob Lock and Shirley Wilson Lock. Bob and his oldest brother, Herb, founded the Lock Steel Building Co. They also made wine for over 60 years. He sang hundreds of songs and played harmonica. Shirley was the church organist. Almost every day they walked to the town library to check out more books. Shirley died when Melissa was 11. She enjoyed riding her pony and fishing with her father and brother. Melissa made money by raising calves to sell and driving tractors for area farmers. She was active in school band and chorus. Both high school music teachers, Ron Schuler and Helen Lee Woodward profoundly affected her life. When she was only 15 she became the choir director at the family church. She went on to become a member of the Missouri All State Chorus and after graduation sang with a national chorus on a European tour. She played softball and golf, and graduated 3rd in her senior class. She turned down acceptance at Brown to attend Mizzou.

As a college freshman in University Singers, Melissa met Michael Straw, a doctoral student. After dating for almost 4 years, she proposed in the sculpture garden of the Nelson Atkins Museum of Art in KC. They were together for almost 30 years. Their children Matthew, 20, is a junior Music and Philosophy major at the Oberlin College and Conservatory in Ohio, and Margaret, 18, is a freshman studying English and Cultural Studies at Macalester College in St. Paul, MN.

Melissa began her teaching career in Ashland in 1992 as a music specialist for kindergarten through high school. She came to Columbia in 1995 as part of a team to open Smithton Middle School. There she developed a successful program teaching general music and chorus, serving as Chair of the Multicultural Committee and was the Middle Level Music Curriculum Coordinator. Melissa was strongly supported by Doctors Marjorie Spaedy, Wanda Brown, Jack Jensen and a host of colleagues. During this time she also served as mentor teacher for 16 student-teachers and new music educators and hosted more than 50 pre-service educators in her classroom. Melissa’s General Music classroom was her stage. In this setting she practiced the true goal of education in its simplest form: to help students enjoy learning. When students entered her classroom, something was different. This was “Mrs. Straw’s world” and things were better in her world. She used her wit and intellect to create an environment of respect, generosity, and happiness where intellectual curiosity and wonder were the norm.

While Melissa received wonderful administrative support for the first half of her teaching career, this was, unfortunately, not the reality throughout its entirety. When a new administration chose to downsize her program to match those of other schools in the system, it caused her great anxiety and depression, thwarting her potential and exuberant passion. Her program suffered and so did her health. Her family believes implementation of the Family Medical Leave Act could have helped both a world-class teacher and an outstanding educational program.

A highlight of her career occurred in 2003 when the Smithton Chorus was selected to sing for the Missouri Music Educators Association Conference. Her non-auditioned chorus sang for over 700 colleagues who jumped to their feet following the performance. Melissa was an advocate of quality choral music in which the music and the texts were of great importance. Music was more than entertainment. She empowered children to sing building upon their natural abilities. Her skill took students from where they were and moved them upward. In this regard, she was like the famous music pedagogue, Shinichi Suzuki, who believed every child could learn. Students at Smithton had to sign up quickly for chorus, because there were only a limited number of spaces to participate. It was her observation that students who were not selected for performing groups usually dropped out of music, which was to their detriment as well as that of the school program.

Melissa had many opportunities to serve and lead which she enjoyed tremendously. She was the Choral and Handbell Director for First Christian Church for 12 years; the Vice-President of General Music for the Missouri Music Educators Association in 1999; a Keynote Speaker for MMEA New Teacher Workshops for 5 years; and in 2005 the Chair of Repertoire and Standards for the Missouri American Choral Directors Association. In these situations she wrote articles, coordinated convention speakers and clinicians, directed rehearsals, presented motivational speeches, and supervised state auditions. She was also a seminar leader for the University’s College of Education, mentoring teachers during their student teaching semester through weekly seminars on curriculum and instruction. She directed the Fifth Grade Honors Chorus for 2 years. They too were selected to perform at the annual convention of the MMEA. In 2015 she was asked to direct a corporate chorus for Veterans United which she did for 2 years. She also served as a guest clinician and conductor for many choral events around the state.

Melissa was honored to be featured in articles for the Columbia Home and Lifestyle magazine in May/June 2008 and in the December 13, 2013 Columbia Missourian. Some will remember her singing the role of Katisha in the Missouri Symphony Society’s summer production of the Mikado in 2005. She had a dynamic mezzo- soprano voice.

A position Melissa valued highly was as the Conductor of the Children’s Chorus for the Missouri Symphony Society which she did for more than 12 years. Her chorus won many awards, but the act of working together to create something of beauty and growing sensitive, passionate young children who would build a healthy society was most important!

She was proud of being able to raise more than $10,000 in grant money from the Children’s Miracle Network to purchase a new piano for the MU Women’s and Children’s Hospital. There she started a concert series bringing music to inpatients of the hospital.

The family is most grateful for the benevolence of Jim & Glenna Johnson, Aina & Michael Potter, and Tim & Ronda Wahl. Also greatly appreciated are hundreds of texts, posts, cards and phone calls from friends, colleagues, and former students.

Maestra, Melissa Straw, used this mantra in class and rehearsal every day: “Say something nice to someone. Do something nice for someone. Live in harmony with the world!” May it be so!

Memorials can be made for animal care to the Central Missouri Humane Society or other animal aid organizations of your choice, for scholarships to the Friends of Music at MU School of Music, student scholarships to the Missouri Symphony Society Children’s Conservatory or send a contribution to a family member for the Melissa Lock Straw Memorial Fine Arts Scholarship for use in Carrollton, MO, her hometown.