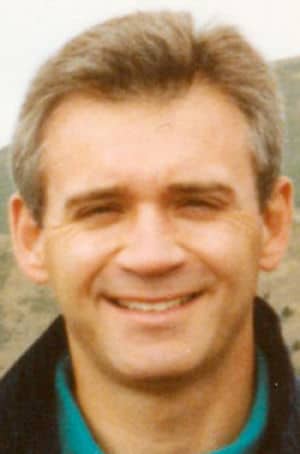 Michael Allen Duffeck, 65, passed away peacefully, attended by his loving family, at The Bluffs in Columbia on Saturday, May 24, 2014.

In lieu of a funeral, celebrations of Mike’s life will be held in Columbia and Racine on a date TBA in November, around his birthday.

Mike graduated from Park High School in 1966, with a football scholarship to Iowa State University. His first career was in music, playing bass for Brian Lee, and then Jim Liban’s band, Short Stuff. Mike earned his master’s degree in education and his second career was teaching English at Jefferson Junior High School. He then worked for Shelter Insurance for 17 years as manager of claims training. His final career was for the state of Missouri as the manager of insurance licensing in Jefferson City.

Mike was passionate in his love for his family, the Green Bay Packers and golf. An avid reader prior to his illness, he enjoyed literature and history. He was a gentle man of great kindness and concern for others, with a wonderful sense of humor.

Mike was diagnosed with head/neck cancer in 2002, disabled after brain surgery in 2007, and suffered a stroke on April 4, 2014. His family’s heartfelt gratitude goes out to the many special people who helped him along his 12-year journey and allowed him to maintain his quality of life.

In lieu of flowers, please donate to Hospice Compassus at www.chafoundation.org, or the charity of your choice.