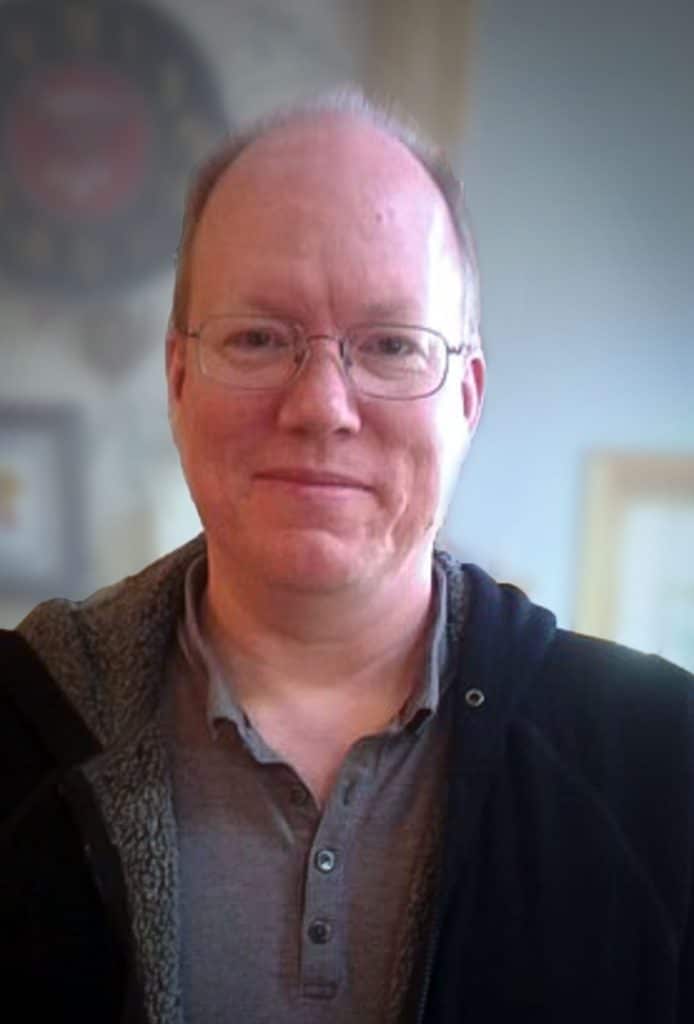 Mike was born February 10, 1965 to John Patrick and Mary Jane (Hattendorf) Burke, the fourth of their six children. He grew up in Kansas City, KS along with his siblings Kathy, Tom, Patty, Bill and Mary Ann.  After a lively and injury-prone childhood, he graduated from Bishop Ward High School. Soon after, he spent a short stint in the Army, enlisting with his high school friend Mick Caraway, a brother from another mother kind of friend from his days at Ward.  After returning home he attended UMKC and KSU, spent time living with his brother and nephews, then began what would become an extended cycle of traveling back and forth between Kansas City and his home away from home, Seattle, WA.  In addition to his close friend Jim Lafferty, who joined him in this adventure, he developed a number of deep friendships in Seattle, including with Dan Hoppe and Jamie Burnett, who became very significant influences in his life for decades.

He had an incredible imagination and would regale you with his ideas about how great life could be.  He found so much joy outside of work, gaming and volunteering at a game shop owned by several friends, simply helping others to make the most of the opportunities they had and to build more skills and better strategies in games as well as in life. It was during this time that another lifelong friendship developed with Fred Broughton and his wife Sally. Friends were very dear to Mike and were like family to him.  Time spent gaming or amassing copious AMC Stubs points often forged bonds for life.

He had a few different fields in which he worked but he settled into doing IT Support for a variety of companies over the last 25+ years. One of his more memorable experiences happened during his time at Nordstrom’s in Seattle.  His support for a key and influential client in such a caring and genuinely helpful manner caught the ear of the CEO, and led to a meeting with Nordstrom’s President Blake Nordstrom. It was reflective of his passion for seeing problems solved and challenges overcome.

He found great joy in spending time with his nieces and nephews, Kyle, Steven, Andy, Laurel, Anna, Ryan, Abby and Noah. His creative mind and love for games helped to develop his fast and strong connections with them.

Eventually the draw of Kansas City, family and life would bring him back home for some important moments, including the passing of his parents almost 22 years apart.

Recently, in spite of more challenging days, he seemed to become more comforted, strengthened and hopeful in his beliefs about God, life, and the out-of-control events happening all around us. His thoughts ring resolutely in this recent text: “I have absolute faith that everything happens as God has it planned. If the world goes into war and chaos, then God is allowing it for a purpose. HIS purpose. I look for the lesson that the events are trying to teach me. We both know that in the end, God wins.”

He was well known in the family for surviving some of the greatest injuries as a child, so it is no surprise he viewed his life as “living on borrowed time” for many years.  He endured heartaches, heartbreaks, broken bones and battle scars more numerous than any of us may have imagined were possible, but in spite of all that he held on and helped on, lifting others up in his own unique ways, looking for the best in those he knew.

Preceding him in death were his parents John and Mary Jane Burke. Left to treasure his memory are his siblings Kathy Burke-Thomas and husband Jim Thomas of Leawood (Laurel and Ryan); Tom Burke of Gardner, KS; Patty Lowery and husband Dewey of Perth, Western Australia (Andy, Anna and Abby); William and Norma (Salgado) Burke of Kansas City, KS (Kyle, Steven); and Mary Ann Holmes and husband Michael of Shawnee, KS (Noah); three great nephews and a great niece, and many aunts, uncles, cousins and friends.

In lieu of flowers, contributions are suggested to be sent to your preferred charity.