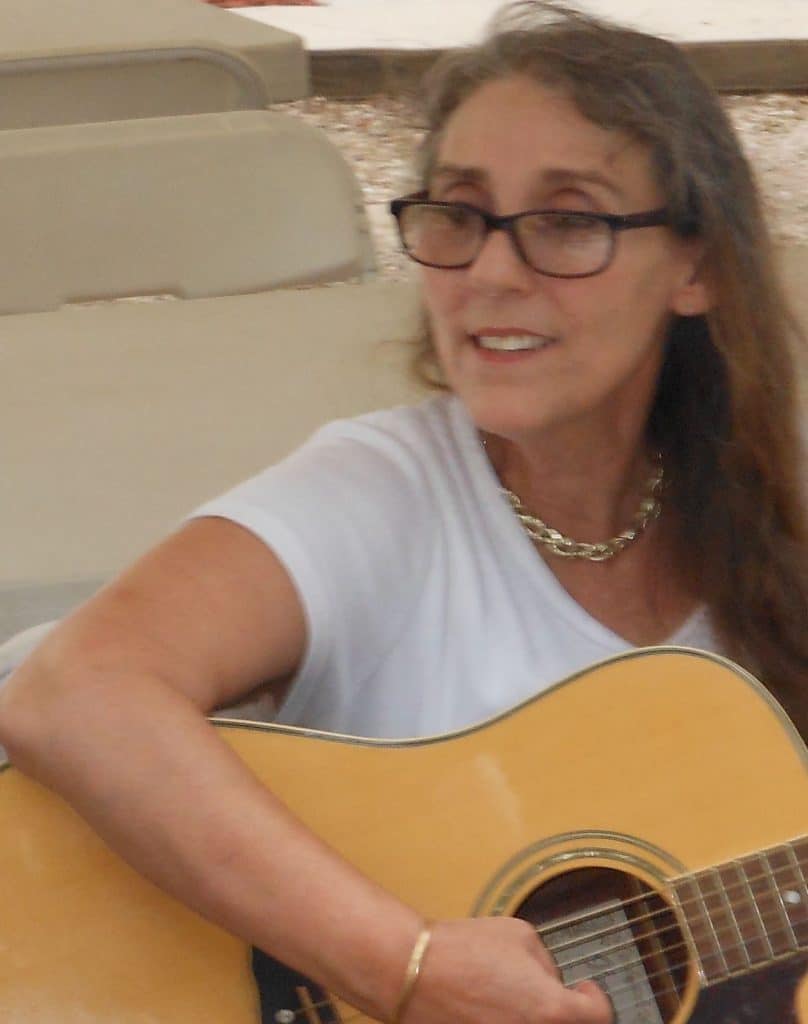 Michele Mary (Girard) Houghtaling of Kansas City, Kansas passed away peacefully on Monday October 14, 2019 with her husband, David at her side. She was 61. Michele was born in California on March 14, 1958 to parents John and Loretta Girard. At a young age she learned to play guitar, wrote songs and sang in her father’s church. She loved playing music and singing throughout her life.

In her 20’s she joined the United States Army Reserves and proudly served for 6 years.

Michele could quote the bible extensively and took joy in educating others in the word of God. She started a Facebook group called Bread of Faces and has nearly 2,000 followers. Follow the link to her music on YouTube: Michele Mary YouTube

She was kind, smart, beautiful and full of love. She is preceded in death by her mother Loretta, father John, and brother Edward. She leaves behind her husband: David; daughter: Mimi; sisters: Desiree, September, Jo, and honorary sister, Gina; brothers: John and Frank; Grandson: Paris; and many nieces, nephews and cousins.

Michele was never one for funerals, so in lieu of that, a celebration of life is currently scheduled for November 9th, promptly at 11:00 am at The Elks Lodge #2395, 10201 West 85th Street, Overland Park, KS 66212. The family invites you to share fond memories at the event. In lieu of flowers, donations may be made to: Shephard’s Chapel, PO Box 416, Gravette, AR 72736