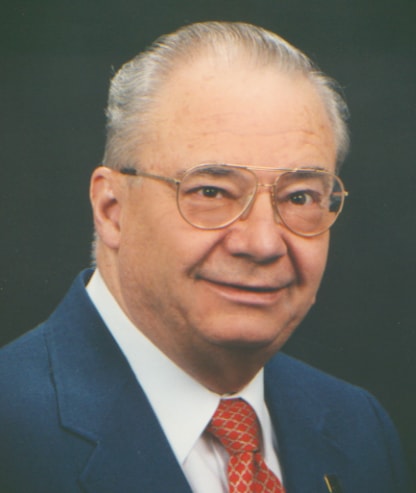 Milt passed away at age 93 after a long battle with Parkinson’s and associated health problems on February 6, 2018. A Memorial Service with full Military Honors will be at 1:30 p.m. on Saturday, February 17, at Missouri United Methodist Church, Chapel, 204 South Ninth St., Columbia.

He was born June 7, 1924 in Shreveport, LA to Silas Edward and Ella Francis Haskins Bailey. After graduation from high school in DeRidder, LA, 1941, he worked as a civilian at Camp Polk in the Ordinance Division where Sherman Tanks were tested before they were transferred to the Second Armored Division. In June of 1943, he joined the Army Air Force Cadet Corps serving in the Eighth Air Force during WWII in England from 1944 to 1946. Returning to the States, he enrolled in Tulane University and graduated in 1949 with a B.S. degree in Psychology. He completed his M.S. and Ph.D. degrees in Biochemistry at Louisiana State University (LSU) serving on the faculty there for 7 years until accepting a position in Animal Science Department at the University of Missouri, September 1958.

He married the love of his life, Elizabeth Miller in West Lafayette, IN on December 28, 1958 and made Columbia, Missouri home ever since. Dr. Bailey taught Food Chemistry for over 36 years in the Department of Animal Husbandry, Food Science and Human Nutrition, School of Agriculture, UMC. He graduated 25 Ph.D. and 20 M.S. students who are recognized professionals in Food Chemistry worldwide. He was awarded a Fulbright Fellowship to teach at University College, Cork Ireland 1975-76, and is the author of numerous book chapters and over 100 professional publications. Milt received the Distinguished Teaching Award in 1989 and Signal Service Award in 1994 from the American Meat Science Association and the Graduate Teaching Award in 1991 from Gamma Sigma Delta.

Upon retirement from MU in 1993 he was named Professor Emeritus in the department of Food Science and Human Nutrition. In 2013, a laboratory in Eckles Hall, MU was named the Milton Bailey Flavor Chemistry Laboratory by the College of Agriculture Food and Natural Resources (CAFNR). Additionally, the Milton Bailey Graduate Student Support Fund was created to help MU graduate students study Flavor Chemistry.

In 2006, Milt was awarded the Kiwanis Tablet of Honor for his work with a Golden K Kiwanis program involving reading and distribution of books to young children. He has been a dedicated member of Golden K Kiwanis and subscribed to the Objects of Kiwanis International.