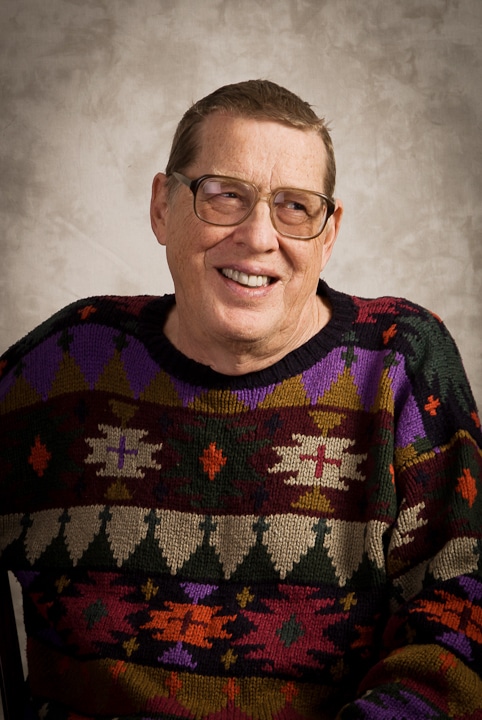 Myron Willis McVay, Jr. passed away on February 26, 2013, at Shawnee Mission Medical Center after a long, courageous struggle with disability and illness. Our husband, father, mentor, friend, and teacher will be sadly missed by his family and friends. He is survived by his wife, Tracy McVay; his son Christopher McVay of Kansas City, Missouri, his daughter Suzanne Fisher and her husband Danny Fisher of Denver, Colorado; his first wife, Sandra Campuzano; three grand children, Andrew DeWitt, Allison DeWitt Lewis, and Aaron DeWitt. Myron was the son of the late Myron Willis McVay, Sr. and the late Pearl Christensen Whittlesey.  Myron was born in Klamath Falls, Oregon. His father died when he was 13, and he and his mother moved to Indian Wells, California. The family spent summers in Silverton, Colorado, where he worked in a mill at one of the silver mines, and worked for the Silverton Standard and Miner where he learned typesetting and newspaper printing on the paper’s ancient equipment. In 1961 Myron brought his talent and love of type, lettering, and calligraphy to work at Hallmark Cards. During his 35-year career with the company he designed lettering for cards and fonts for four successive computer systems. The family is grateful to the doctors, nurses, CA’s, and hospital chaplains for the compassionate support and extraordinary care afforded us while Myron was at Shawnee Mission Medical Center.  Throughout his life Myron was an avid gardner. His family respectfully suggests memorial gifts to the Kansas City Rose Society for the benefit of the Loose Park Rose Garden.  (www.kansascityrosesociety.org)