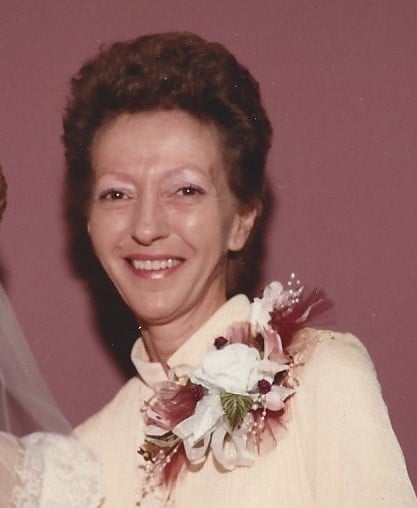 Nadine Woodworth Wright, 82, of Independence, Missouri, passed away 12/21/2016 at home. Memorial services will be held at 4:00 p.m. Friday, December 30, 2016 at Heartland Cremation and Burial Society, Raytown, Missouri. Visitation will be held at 3:00 p.m., preceding the memorial service.
Nadine was born 9/20/1934 in Kansas City, Missouri to Earl and Eleanor Woodworth. She graduated from Northeast High School in 1952. She married her husband, Oren Dudley Wright, in 1956 and raised four children. She retired from Union Bank, where she worked as a loan officer, in 1999.

One of Nadine’s greatest joys was spending time with her grandchildren. Over the years, she took each of them on their own special vacation. She took great delight in travelling to Las Vegas with her sisters, and was passionate about her Kansas City Chiefs.

The family wishes to give special thanks to the caregivers at Centerpoint Medical Center and Crossroads Hospice for their compassion and care during Nadine’s last days.

Memorial contributions may be made to the American Cancer Society.