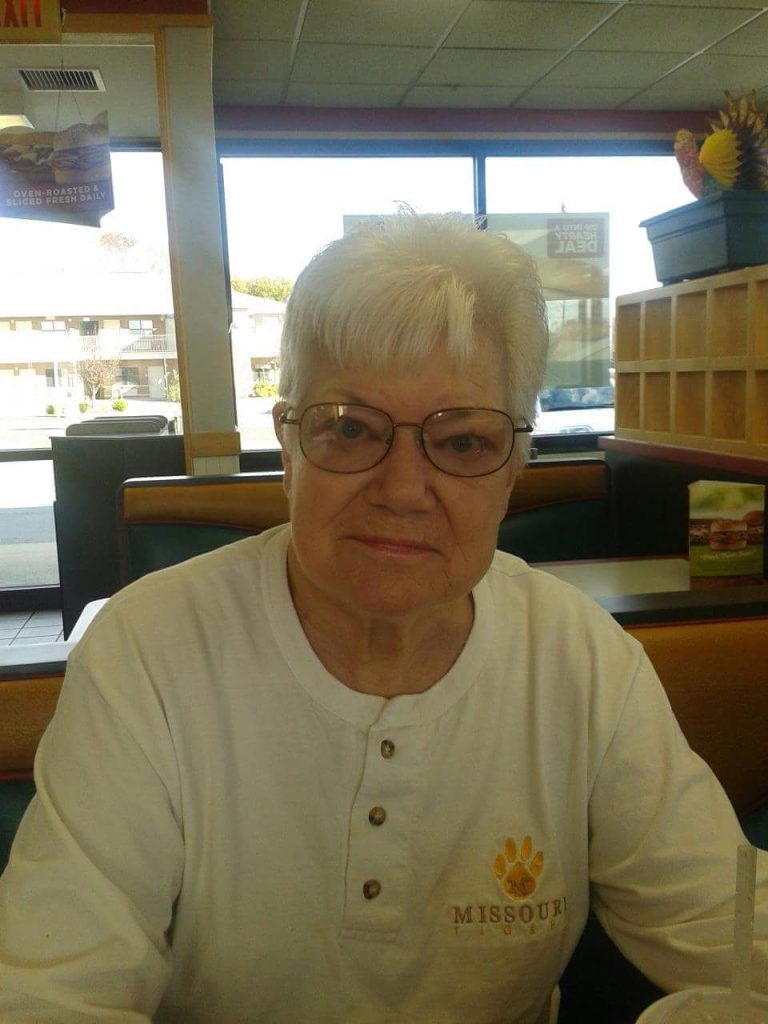 Nancy Joyce Chapman, 88, of Fulton, Missouri passed away on November 1, 2021 in Jefferson City, Missouri. She was born to James and Mammie Cochran on July 28, 1933 in Georgia. She was married to Billy Wallace Chapman in 1954 who shared 35 years of memories before his passing in 1990.

She raised 3 daughters as a dedicated Army Wife. They settled in Fulton, Missouri in 1973. She worked as a Security Officer at the Callaway Nuclear Plant, as a Sergeant for the Callaway County Sheriff’s Department, and a family owned convenience store called Cox’s Corner for several years. She loved to watch her hummingbirds and had a green thumb when it came to her house plants. She enjoyed watching the talent and singing shows on TV.
She is survived by her loving daughters Gail Chapman, Sonia (Ed) Revels, and Terri Chapman all of Fulton; granddaughters Stacy Chapman of Fulton, Leigha (John) Knight of Salem, Toby Revels of Mokane, Tabatha (Chance) Bell of Fulton, and Valeri Chapman of Fulton; great-grandchildren Makaila Chapman, Jesse Revels, Zylin Thorpe, Gage Self, Zakary Knight, Lane Hockemeyer, and Ruger Bell.
She is under the care of Heartland Cremation & Burial. No services will be held per Nancy’s request. Memorials for the family can be sent to Leigha206@gmail.com