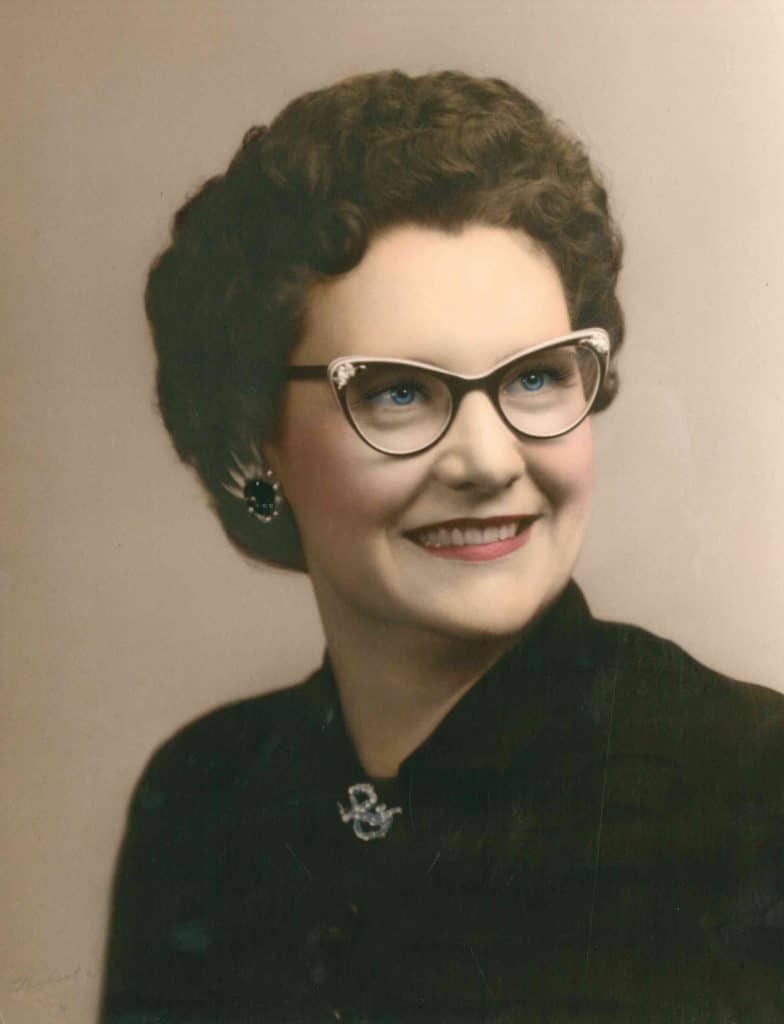 Naomi Sue Dabbs passed peacefully with her loving family by her side on March 30, 2017. She was born on October 22, 1924 in Eufaula, Oklahoma. Naomi was the third of eight children from the union of John Okley and Grace Iva Money.

Raised in the hard life and times of the pre and post depression era, Naomi worked behind plow horses and picked crops by hand in the fields. This work ethic, self-sufficiency and determination would carry her through the rest of her life.

In 1940 Naomi married Hobert Harding, from this union which lasted twenty years, they have five children. In 1952 the family moved to Kansas City, Missouri.

Eventually Naomi joined the work force as an order processor  at Avon Products in Kansas City, where she worked for 20 years to support the family. She was known for her hard work and dedication. Naomi helped unionize the facility and become a union steward by popular demand. She represented her local in New York City at a collective bargaining meeting. She was very proud of this accomplishment, in spite of having an eighth grade education.

She married Gene Dabbs in 1969. Naomi and Gene were inseparable. Both originating from the country, they enjoyed their small farm life. They had a few head of cattle, horses, a couple of pigs, and a large garden. For recreation, they loved to fish, play cards and travel the country in their RV. They liked to tease and play practical jokes on one another. They were truly soul mates. Their home was always open to family and friends. After Gene passed in 1991, Naomi continued to live on her own until the age of 90, when she sold her home and also gave up her car – even though she said she could drive better than she could walk..

Naomi loved her family dearly and always cherished the times they were together. Her home was always filled with the smell of good food, the sounds of laughter and the warmth of love.

She was preceded in death by husband Gene Dabbs, her daughter Wanda Harding Hercules, her son Hobert Harding Jr., her son-in-laws Hosea Waldon and Kenneth King, her parents John Okley and Grace Money, her sisters Geneva Ivie and Ineta Tabbs, and her brother J.O. Money.

In lieu of flowers donations may be made to the American Heart Association.