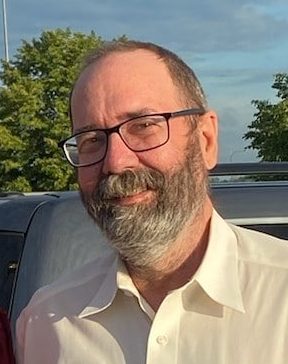 Neal Douglas Smith, 66 of Raytown, MO passed away February 20th, 2022, after a short but fierce battle with cancer. A visitation will be held 10:00 AM-11:00 AM on Friday February 25th at Connection Point Church in Raytown, MO. A memorial service will follow at 11:00.

He was born on November 29th, 1955. His parents were Cecil William Smith and Lena Bell (Sears) Smith of Kansas City, MO. Neal graduated from Ruskin High School in 1973 where he excelled in music. He went on to join the Marine Corps where he met the love of his life Penny Louise (Massie) Smith and they were married on September 27th ,1975. They recently celebrated 46 years of marriage.

Neal loved to spend time on the water. After he retired, Neal spent his free time sailing. More recently, Neal enjoyed spending his winters on a beach in Florida, fishing, shooting sports and was a ham radio enthusiast. Neal’s true lifelong passion was music. Neal was a gifted musician and composer. He served in multiple church orchestras over the years. He also played in many groups including the Medical Arts Symphony in Kansas City. He never met a stranger and he loved being around people. When his health didn’t allow him to socialize anymore, Neal used social media to stay connected.

Neal is preceded in death by his father, Cecil Smith.

In Lieu of flowers donations can be made to the National Foundation for Transplants in memory of Neal Smith.